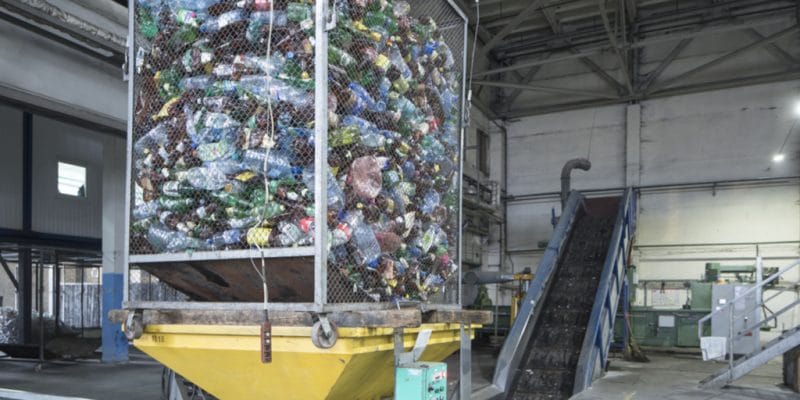 Saif Eddine Laalej's challenge is a huge one. Together with his start-up Zelij Invent, the 20-year-old student transforms waste into products for flooring such as paving stones and tiles.

More and more, Africans are becoming aware of the danger plastic poses to the environment and are trying to counter it. While in Benin the use of non-biodegradable plastic packaging is now prohibited, in Morocco Saif Eddine Laalej innovates by transforming plastic waste directly into construction material.

It all started with a television programme that this young student from the National School of Commerce and Management in Tangier watched in 2016. It is then a debate organised around the launch of a government project called “zero Mika”  an initiative that aims to combat the proliferation of plastic bags throughout the Morocco. One of the panellists mentioned the idea of transforming plastic waste into construction material, while presenting its advantages (plastic is light, wear-resistant, waterproof…).

The genesis of the project

A few months later, he will conduct some experiments in his parents’ garage which he transforms into a workshop. He uses the plastic waste he and his classmates collected during a cleaning day. He succeeded in making the first prototype paver, which he named Paveco.

The student entrepreneur then becomes aware of the main problem: the flammability of the plastic. He adds other materials to the plastic (notably sand and cement), trying to find the right mixture, the right dosage to reduce its flammability and increase its durability. It took him three months to discover the perfect “recipe” for an 80% plastic paver that meets the standards of the flooring industry.

His project began to meet with success when he won the Enactus Social Cup (an NGO that promotes social progress through entrepreneurial action, editor’s note), organised in partnership with his school in 2017. It is thanks to the support of this NGO that Saif Eddine Laalej launches the start-up Zelij Invent with his friend Houda Mirouche.

The young entrepreneurs decide to focus on the manufacture of Moroccan zelliges (used for traditional interiors) and that of tiles. Even though the small company is still reproducing prototypes for exhibition, it is already attracting the attention of several players in the construction industry. This is the case of the French-Swiss cement company LafargeHolcim, which has decided to support Zelij Invent in research and development. Recently, a construction company promised the start-up to buy its paving stones to equip houses under construction.

This support is much needed by the start-up, which estimates it needs at 650,000 dirhams, or more than 58,000 euros. With this amount, it is able to recycle 2,520 plastic waste per month. It should be noted that 35 kg of this material can manufacture the equivalent in square metres of pavers. A perspective that is both advantageous for the environment and for the young company that is already arousing the curiosity of several Qatari companies who want to import this plastic waste recovery technique into their country. Every year, more than 6 million tons of waste are produced in Morocco, 70% of which is collected, according to the newspaper  “L’Économiste”.