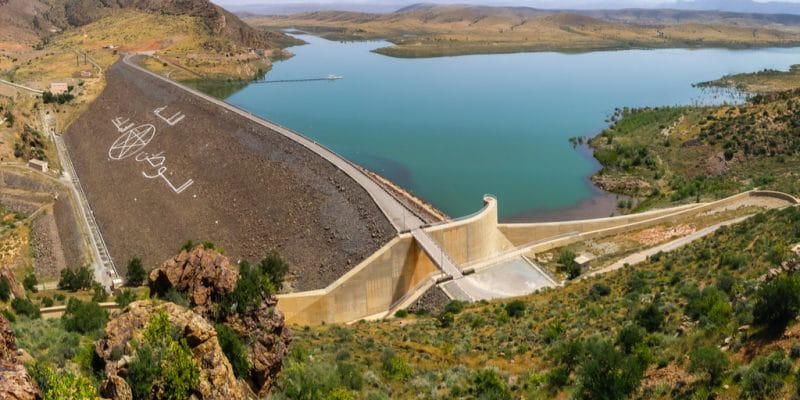 The Arab Fund for Economic and Social Development (AFESD) is providing $237 million for two development projects in Morocco, including the raising of the Mohammed V multipurpose dam.

Two financing agreements have recently been signed between Mohamed Benchaaboun, the Moroccan Minister of Economy and Finance, and Abdullatif Yusuf Al-Hamad, Managing Director and Chairman of the Board of Directors of the Arab Fund for Economic and Social Development.

The Kuwaiti fund is thus releasing 2.27 billion Moroccan dirhams ($237 million) to finance the construction of the Laayoune bypass expressway and the project to heighten the Mohammed V dam. The water reservoir, located in the northeast of the kingdom, has been in operation since 1967.

The need to increase the dam’s capacity

The Mohammed V dam is located on the Moulouya River, at the junction of the Middle and High Atlas Mountains, in the Almssid region, and flows for a distance of 600 km before flowing into the Mediterranean Sea. Currently, the water reservoir is 64 m high and 280 m long, forming a 650 million m3 lake. Access to the water reservoir is very difficult because of the sinuosity of the lake’s borders.

The dam is used to generate electricity from a hydroelectric power plant that produces 84 GWh per year. Much of the water in the reservoir is pumped for irrigation, particularly in the agricultural areas of Lower Moulouya where fruit and cereals, such as wheat, are mainly produced. The Mohammed V dam is also used to produce drinking water for the urban area of the city of Nador, which has a population of more than 500,000.

The dam, however, has a siltation problem because of the sediments that are trapped on the bottom of the water reservoir. Over time, the latter cause the dam’s retention capacity to decrease. To meet this challenge, the Government of Morocco recommends raising the level of the dam, which “will contribute to improving water regulation in the Oued Moulouya and compensate for its low storage capacity”. Hence the need for financing from the AFESD.

The project to build the Laayoune bypass expressway and the raising of the Mohammed V dam “are among the priorities of the Moroccan government because they are at the heart of our country’s development policy in its two aspects relating to the rational management of water resources, on the one hand, and the development of the southern provinces of the kingdom on the other,” says Mohamed Benchaâboun, the Moroccan Minister of Economy and Finance.