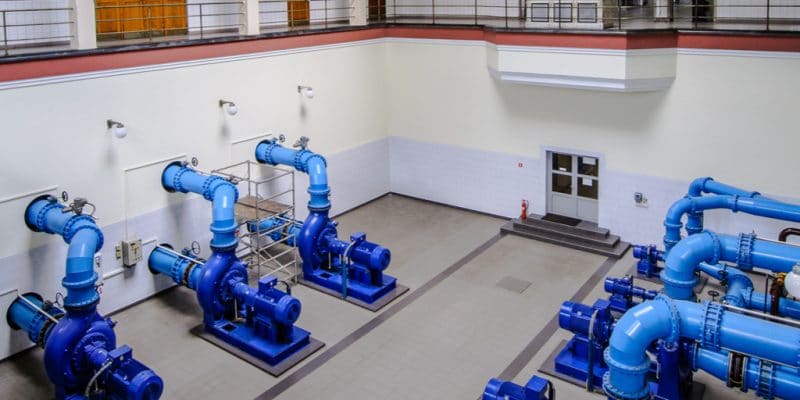 An additional loan of €18 million was recently proposed to the Office National de l'Electricité et de l'Eau Potable (ONEE) in Morocco. This new financing from the African Development Bank (AfDB) is intended for the implementation of the last phase of the Project for the Sustainability and Security of Access to Water (PPSAE).

The African Development Bank (AfDB) is offering a lifeline to the National Office of Electricity and Drinking Water (ONEE) to avoid financial breakdown in the implementation of the Project to Make Access to Water Sustainable and Secure (PPSAE). This is an additional loan worth 18 million euros. A financing that will come on top of the 79.33 million euros released by the pan-African bank since the beginning of this project in 2019. PPSAE is also receiving €37.25 million from the Growing Together in Africa Fund (GTAF). “Following the commitment of almost all the contracts for goods, works and services, an overrun compared to the resources of the AfDB and AGTF loans was recorded on the activities financed by the bank. This overrun is mainly due to the increase in the price of steel and transport,” says the AfDB.

ONEE has not yet responded to the AfDB’s proposal. “The PPSAE project aims to meet the growing need for drinking water and industrial water in five provinces of Morocco by 2040. These are Guercif, Zagora, Al Hoceima, Tangier and Beni Mellal,” says the AfDB. In the province of Tangier, in northern Morocco, the project will include the laying of 11 km of 1200 mm diameter steel pipe. The pipeline will connect the Ibn Battouta dam to the Mharhar drinking water plant. A booster station of 1.1 m3 per second will also be equipped.

In Al Hoceima, 19.7 km of cast iron pipes, with diameters of 700 and 600 mm, will bring water from the Oued Ghiss dam to an existing drinking water plant with a capacity of 0.4 m3 per second. The drinking water will be distributed to the population via a coated steel pipeline, 11 km long.

As in Al Hoceima, the government will reinforce the water supply in Guercif with drinking water conveyances (DWT). “The work has been divided into five lots, namely the construction and equipment of a drinking water plant with a capacity of 0.3 m3 per second, expandable to 0.45 m3 per second. The installation of a 20 km raw water pipeline and a 60 km pipeline that will transport drinking water from the Guercif plant to supply the population in rural areas,” the AfDB said.

In Beni Mellal, the work consists of reinforcing the capacity of a water supply system located near the Souk Sebt axis from the Afourer drinking water plant, which will also be modernized. A new AEP will also be built to supply the centers of Souk Sebt, Dar Oulad Zidouh and Oulad Ayyad. The PPSAE project will also deliver hydraulic facilities in the province of Zagora. This is a water treatment plant with an estimated production capacity of 0.25 m3 per second, expandable to 0.375 m3 per second. The plant will treat water from the Agdez dam. The drinking water will be distributed to households via 107 km of pipes.

ONEE, which is implementing the project to make access to water more sustainable and secure, is expected to deliver all the facilities by 2023 at the latest. The objective is universal coverage of drinking water in the areas concerned, in a context marked by water stress.