Homepage » MOROCCO: a partnership with Lisbon for the development of green hydrogen

MOROCCO: a partnership with Lisbon for the development of green hydrogen 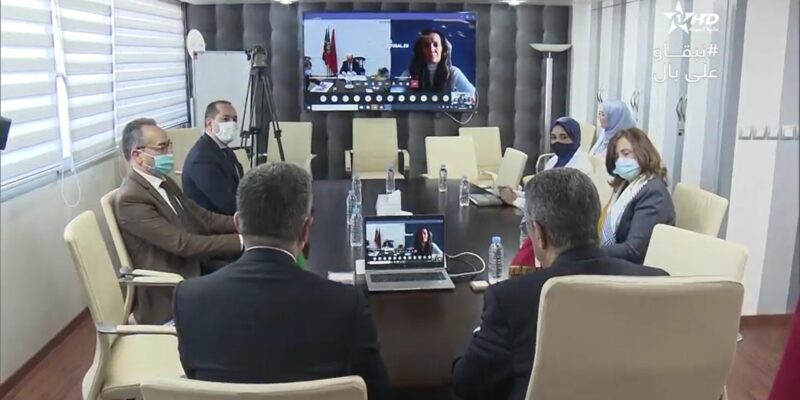 The government of Morocco has just signed a declaration of cooperation with Portugal with a view to establishing the necessary bases to develop the partnership in the green hydrogen sector. Morocco is banking on international cooperation for the exploitation of this renewable energy source.

The cooperation declaration was signed by videoconference between Aziz Rabbah, the Moroccan Minister of Energy, Mines and Sustainable Development, and João Pedro Matos Fernandes, the Portuguese Minister of the Environment. This was in the presence of the Moroccan ambassadors in Lisbon and his Portuguese counterpart in Rabat. The two parties thus want to strengthen their cooperation in order to lay the necessary foundations for developing the partnership in the green hydrogen sector.

“Both ministers have committed to strengthening bilateral cooperation and aligning the green hydrogen priorities in Morocco and Portugal with the decarbonisation strategies linked to the Paris Agreement, as well as encouraging the commercial demand for green hydrogen”, said Badr Ikken, Director General of the Research Institute for Solar Energy and New Energies (IRESEN who also took part in the online ceremony.

According to the same source, the conference enabled Minister Aziz Rabbah to present Morocco’s progress which is notably reflected in the setting up of the Green Hydrogen & Ammonia Park (Green H2A) which is a platform that aims to be a national, regional and continental (Africa) reference in terms of research and development, as well as innovation dealing with subjects related to the green hydrogen sector. The platform is set up by IRESEN in partnership with the Mohammed VI Polytechnic University (UM6P).

Morocco has also set up the National Hydrogen Commission since 2019, making the kingdom a pioneer on the continental level in terms of research and development of green hydrogen on the African continent. This commission aims to strengthen Morocco’s strategy in the development of renewable energies, ensure its energy independence and reduce greenhouse gas emissions. The Cherifian kingdom is also betting on international cooperation as it has just proved with Portugal.

The partnership with Germany

Rabat is also developing a partnership with Germany. Overall, the aim of this cooperation is the development of green hydrogen between the two parties, but above all to implement the “Power-to-X” project proposed by the Moroccan Solar Energy Agency (Masen) for the production of green hydrogen and the setting up of a research platform on this energy source.