Homepage » MOROCCO: a 7.8 km water pipeline will serve the towns of Mediouna and Bouskoura

MOROCCO: a 7.8 km water pipeline will serve the towns of Mediouna and Bouskoura 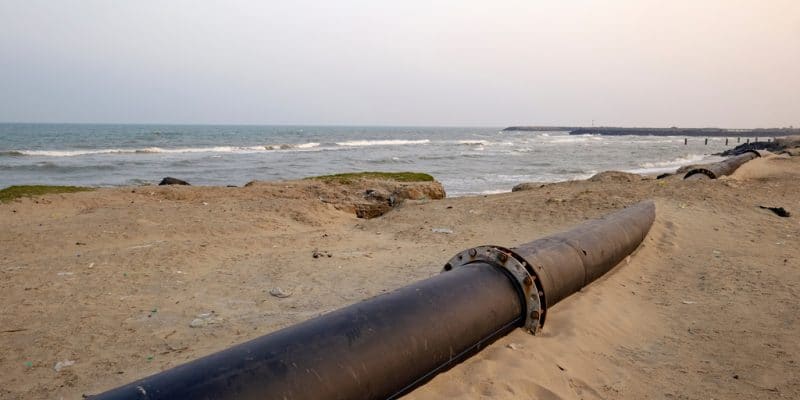 The Moroccan government has just signed a contract with Société Nouvelle Travaux Maroc (SNTM) for the laying of a 7.8 km pipeline in Casablanca. The future pipeline will connect the Mediouna and Bouskoura water reservoirs, as part of the project to transfer water from the Sidi Mohammed Ben Abdellah dam.

In Morocco, a 7.8 km pipeline will soon carry water from the Mediouna reservoir in the northern Casablanca-Settat province to the Bouskoura reservoir further south. Société Nouvelle Travaux Maroc (SNTM) will carry out the work, which is part of the second phase of the project to transfer water from the Sidi Mohammed Ben Abdellah dam, 20 km from the Moroccan capital Rabat.

According to the Moroccan authorities, SNTM will carry out the start tapping on the arrival of the 2,000 diameter interconnection pipe at the level of the metering structure in Mediouna, a 1,600 diameter pipe over a length of approximately 7.8 km linking the arrival of the interconnection pipe to the entrance of the Bouskoura reservoir. These steps will lead to the connection of the Bouskoura reservoir to its existing 1,200 diameter inlet pipe, upstream of the metering system.

SNTM’s contract also covers the construction of regulation and protection works and equipment, as well as main road crossings by trenching or sinking, etc.

The future water pipeline will improve the supply to Casablanca. Like several Moroccan cities, Casablanca is suffering from the effects of drought. The phenomenon has considerably reduced the level of reserves in the Oum Er Rbiaâ basin, Al Massira and other dams. The surrounding cities and towns such as Benguerir, Marrakech, Safi, Youssoufia, Sidi Bennour, El Jadida, Settat and Berrechid are also impacted.

In addition to exploiting the surplus water available at the Sidi Mohammed Ben Abdellah dam, the second phase of the project will extend the capacity of a pumping station in the city of Casablanca from 2.5 m3 of water per second to 4 m3 per second.

The launch of this component of the drinking water project comes just one month after the commissioning of its first phase, which consisted of the construction of a connection pipe between the north of Casablanca and the Mediouna reservoir over 7.2 km.