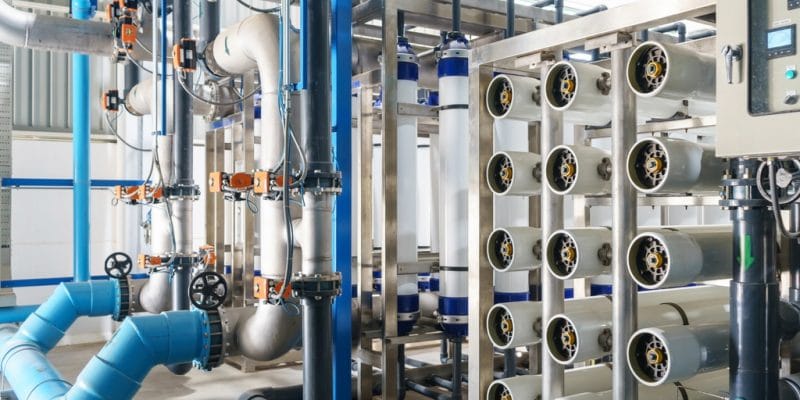 A new seawater desalination unit has recently been commissioned in Pointe-Coton, Rodrigues, an island located east of Mauritius. It will provide part of the island with drinking water.

Rodrigues, an island in the Indian Ocean, which is part of Mauritius, has a new seawater desalination plant. It was built in Pointe-Coton. The facility has recently been put into service by the authorities, who ensure that it will be able to provide 1,000 m3 of drinking water per day.

The reverse osmosis plant operates thanks to a solar off grid. According to Mauritian Prime Minister Pravind Jugnauth, who presided over the inauguration ceremony of the new facility, this project “is part of the regional government’s plan to provide Rodrigues with regular and safe water”. The Chief Executive, however, says that it will be necessary to control the water demand of the island’s agricultural, domestic and tourist users.

The Mauritian authorities are increasingly relying on seawater desalination to enable Rodrigues to “catch up” in terms of drinking water supply. Another desalination plant came on stream in Rodrigues in July 2018. It was built by the French start-up Quadran (acquired in 2017 by Direct Énergie, itself acquired in 2018 by Total).

This plant, which can provide 80 m3 of drinking water per day, uses Osmosun technology. It is developed by the French company Mascara. It is a seawater desalination solution integrating the use of photovoltaic solar energy for reverse osmosis and without batteries. It provides access to drinking water “at a lower cost”.

It must be said that Rodrigues Island has serious water problems. Like all the islands of Mauritius, Rodrigues is suffering the impact of climate change. According to scientists, since 2000, rainfall has been declining every year and water shortages are severe; springs and rivers have dried up. The desalination process is therefore being seriously explored. The development of this sub-sector is supported by many partners, such as the European Union, the Indian Ocean Commission (IOC) and the French Global Environment Facility.