MAURITANIA: Support project for Sahel irrigation initiative on the way 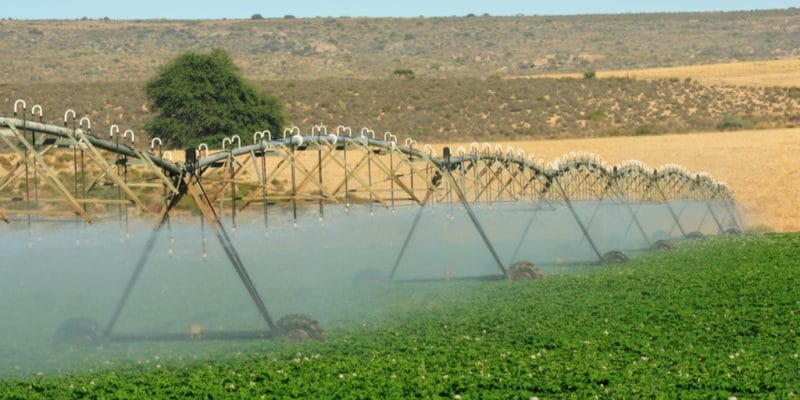 In Mauritania, agriculture provides a livelihood for 62 per cent of the population (including livestock), as well as employment for 21 per cent of the active population. The country has significant agricultural potential: about 500,000 ha of arable land (or about 0.2 ha/inhabitant) of surface water potential, estimated at 11 billion m3 annually, of which about 15% would be used for agricultural needs (combined figures World Bank, African Development Bank). With this potential, one would hope that the agricultural sector contributes more to Mauritania’s GDP (currently 14% according to the AfDB).

The expectation is being dampened by climate change that is causing drought, making productivity less important according to Mauritanian Agriculture Minister Lemine Mint El Ghotob Ould Moma. He recently launched the Mauritanian component of the project to support the irrigation initiative in the Sahel. It was in Boghé, 320 kilometres south of Nouakchott, during a national workshop on agriculture organised in collaboration with the African Development Bank and the Inter-State Committee to Combat the Effects of Drought in the Sahel (Cilss). The objective of such a project is to increase agricultural productivity in this country very affected by the advance of the Sahara Desert.

“This project should contribute to efforts to diversify agriculture, increase production and enhance its competitiveness,” explained Lemine Mint El Ghotob Ould Moma. Specifically, the public sector, donors, development partners and especially the private sector should come together to build the capacity of stakeholders (farmers) as a first step. Here, the Inter-State Committee for drought, which is responsible for coordinating the project, insists that women must be at the centre of this policy. In sub-Saharan Africa, women produce up to 80 per cent of food for household consumption and for sale on local markets, according to a joint report by the World Bank and the Food and Agriculture Organization of the United Nations (FAO).

In Mauritania, the project to support the irrigation initiative in the Sahel will also create new plots and improve existing ones. These plots will then be provided with irrigation and drainage services. The people trained under the project will contribute their knowledge in the integration of irrigation systems in agriculture in Mauritania.

Several supporters of the project

The project to support the Sahel irrigation initiative involves six countries, including Burkina Faso, Chad, Mali, Mauritania, Niger and Senegal. For its implementation, each of these states will receive $25 million, to be provided by the International Development Association (IDA, a Washington-based subsidiary of the World Bank, editor’s note). A sum that the World Bank has already validated in the case of Mauritania. Ibrahim Sall, who represents the institution in the country, said the funding is in the form of a six-year grant.

The project is also being carried out in partnership with the Economic Community of West African States (ECOWAS), the West African Economic and Monetary Union (WAEMU) and the Multi-Donor Water Partnership Programme (of the African Development Bank).