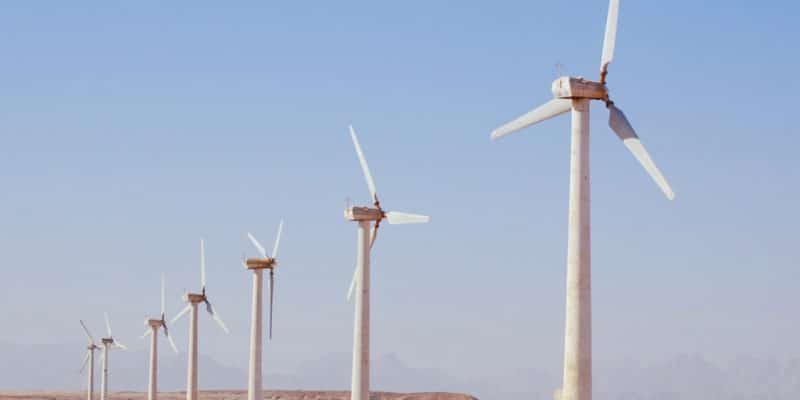 Elecnor has just concluded an agreement with the authorities in charge of energy issues in Mauritania for the construction of a wind farm. With a production capacity of 100 MW, this plant will be located in Boulenouar, a town in western Mauritania.

This will be the second wind farm to be built in Mauritania. The contract establishing its development has just been signed between the Mauritanian authorities and the Spanish company Elecnor. The plant will therefore be located in Boulenouar, a town in western Mauritania. Its construction was awarded to a consortium of companies: Elecnor and Siemens Associates & Gamesa Renewable Energy.

Eleanor, a Spanish company employing over 13,000 people, is the project owner. The contract provides for engineering and construction work. The Spanish company Gamesa Renewable Energy and German Siemens will supply the wind turbines.

The agreement concluded for the construction of the new wind farm also provides that Elecnor will contract for the operation and maintenance of the installation for a period of at least eleven years, even if the date of signature of this other agreement has not been revealed. With regard to the amount of the investment, the construction of this infrastructure is financed by the Arab Fund for Economic and Social Development (AFESD), a pan-Arab development financial institution that is part of the Arab League. 122 million in the form of a denominational loan.

The second wind farm in Mauritania

AFESD had also financed the construction of Mauritania’s very first wind power plant, smaller in scale than the one built in Boulenouar. Located near Nouakchott, the Mauritanian capital, it has a capacity of 30 MW, or 14% of the energy needs of this city of more than one million inhabitants.

Inaugurated in 2015, it is composed of 15 wind turbines of 2 MW each, spread over three lines. It also includes control and command devices, electrical equipment necessary for the operation of the installation and is connected to the Nouakchott service stations.

These wind energy development projects confirm the will of the Mauritanian authorities, in particular its president Mohamed Ould Abdel Aziz, who had not hesitated to travel in person to inaugurate the Nouakchott wind farm. He had stated in a speech that “Mauritania has made the development of wind potential a priority of its action by assigning it a prominent place in the development policy of the electricity sector”. The construction work on the Boulenouar wind farm confirms this strategy. They will be completed in 2019.