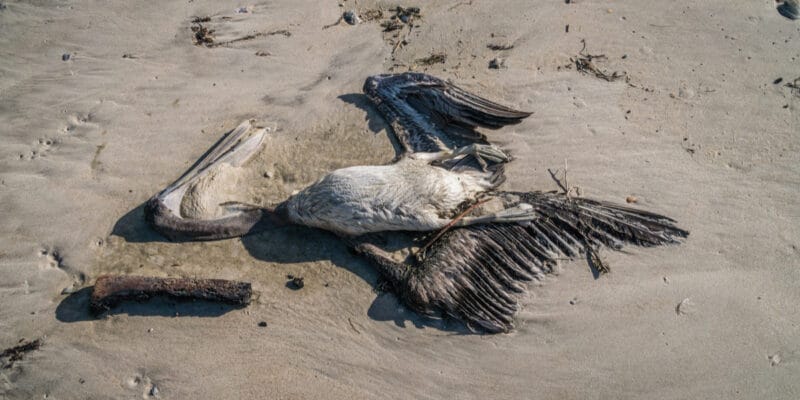 The Mauritanian government has just issued an alert on an outbreak of bird flu in the Diawling National Park. During a biodiversity monitoring of the park, the park curator discovered the carcasses of 245 pelican chicks and a dozen adults of the same species. And according to laboratory tests, these wild birds were victims of bird flu.

The Mauritanian Minister of the Environment and Sustainable Development has ordered the closure of Diawling National Park until further notice. The protected area located 195 km south of Nouakchott, the Mauritanian capital, has been infected by the bird flu virus. This is revealed by the results of laboratory tests carried out on a sample of the 267 pelicans found dead in the park and its surroundings.

In a press release issued on January 30th, 2021, the Mauritanian Minister of the Environment indicated that the H5N1 strain of bird flu is responsible for this sudden mass death of wild birds. According to the same source, the virus comes from another foreign park, located 5 km from Diawling. This is the Senegalese park for the conservation of birds in Djdouj, where such a phenomenon was observed on January 23rd, with the lifeless bodies of 750 pelicans.

More than 100 thousand chickens were killed

In addition to the closure of the park, as did the Senegalese authorities, the Mauritanian Minister of the Environment has suspended all fishing and fruit picking activities in the Diawling park. He has launched an awareness campaign for local residents and workers in the reserve on preventive measures against bird flu. The setting up of a committee to monitor the sudden mortality of these birds was also announced. This committee will have to exchange information with the administrators of the Djoudj park in neighbouring Senegal.

Prior to its spread in the wild, the resurgence of bird flu in West Africa has its origin in Senegal in the poultry sector. It killed more than 100,000 chickens between 14 and 16 January in a poultry farm in the Thiès area. Two days after the outbreak, Mauritania suspended imports of Senegalese poultry and poultry products to prevent the virus from entering its territory. The virus is transmitted from animals to humans, although no cases of the disease have been recorded to date.