MAURITANIA: Australia’s CWP to invest $40bn in green hydrogen by 2030 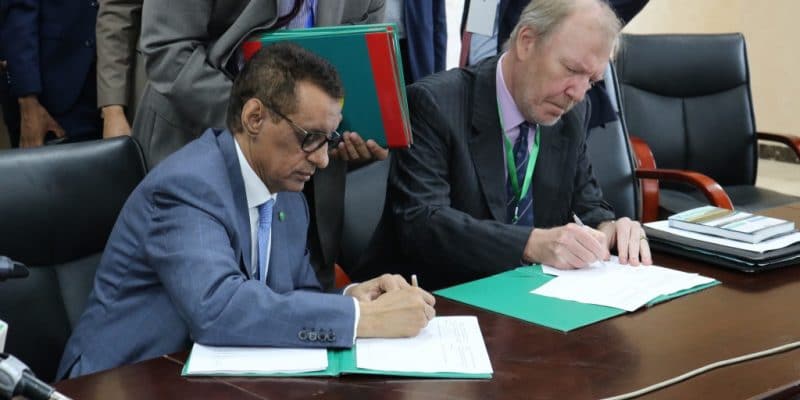 The Mauritanian government has signed a framework agreement with CWP Global, an energy group based in Newcastle, Australia. The agreement covers the development of a mega green hydrogen project that will require an investment of $40 billion.

Mauritania is set to host one of the largest green hydrogen projects on the African continent. Called “AMAN”, it is being led by CWP Global, an energy group based in Newcastle, Australia. The framework agreement for the development of this project was signed recently in the Mauritanian capital Nouakchott. This was on the sidelines of a forum organised by the Mauritanian government on the energy transition in this West African country.

CWP aims to produce 1.7 million tonnes per year of green hydrogen or 10 million tonnes per year of green ammonia for local use and export. And to achieve this, the company led by Mark Crandall plans to develop 30 GW of electricity generation capacity. This is almost three times the installed capacity of a nation like Morocco, 10.55 GW in 2020 according to the Office national de l’électricité et de l’eau potable du Maroc (ONEE). The power desired by CWP will be obtained through the development of 18 GW of wind power capacity and 12 GW of solar power.

Hydrogen and its derivatives for export

These facilities will be built in the Dakhlet Nouadhibou and Inchiri regions of western Mauritania. “This is an important next step after both parties signed a Memorandum of Understanding at COP26 in Glasgow (Scotland) in November 2021, the new framework agreement elaborates the details of the planned development phases of the project, including land tenure, project design and the principles of collaboration to guide the delivery of the project,” CWP says.

According to the Australian energy company, the project will unlock a myriad of local opportunities arising from large-scale sustainable renewable energy production, contribute to access to clean energy, clean water resources and the development of new green industries for the project’s host communities. The hydrogen and its derivatives will be primarily for export.

“A recent macroeconomic study estimated that the project could boost Mauritania’s GDP (gross domestic product) by 40-50% by 2030, and by 50-60% from 2035, with an increase in industrial employment of 23%, and a reduction in total national unemployment of almost a third by 2035,” says the Australian energy company. In addition, CWP is planning parallel projects to support development in local communities.

The company wants to provide some of the electricity to local people. CWP will also invest in water supply infrastructure with an expected capacity of 50 million m3 per year. The regions of Dakhlet Nouadhibou and Inchiri are known for their arid climate and are bordered by the Atlantic Ocean. In addition to supplying the population with drinking water, this alternative solution will also enable the development of irrigated agriculture. More importantly, the Australian group promises to carry out a pilot project to provide 60 hydrogen-powered transport buses for public use.