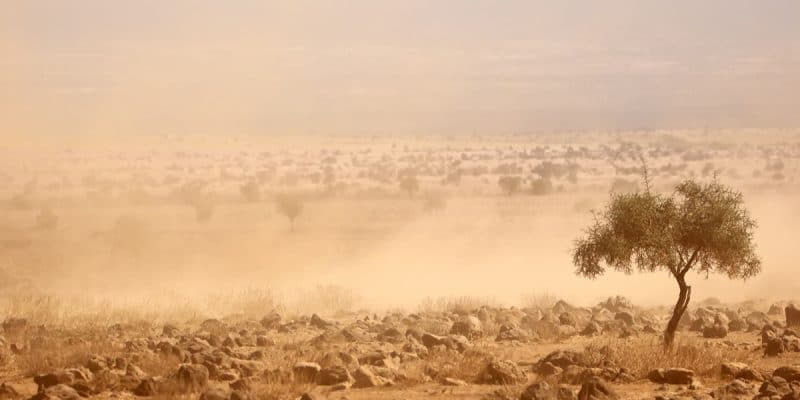 The government of Mali launched the Climate Resilience Enhancement Project (Hydromet-Mali) on the 10th of March 2020. The programme, which is planned to last five years and is financed to the tune of 29 million euros by the World Bank, will make it possible in particular to help about 200,000 Malians exposed to the risk of drought.

The Malian government and its national and international partners officially launched the Climate Resilience Enhancement Programme (Hydromet-Mali) in Bamako on March 10, 2020. “I would like to pay tribute to the World Bank team and the technical team for their assistance and support throughout the process. In addition to being a national priority, this project is in line with the vision of the President of the Republic to significantly reduce the vulnerability of communities and ensure the protection of people and the environment,” said Major General Salif Traoré, Minister of Security and Civil Protection.

For this project, the World Bank has released about 29 million euros, or 19 billion CFA francs. Spread over a period of five years, Hrodromet-Mali is divided into five components: studies, training, infrastructure and equipment. The study and training components will be carried out by the National Hydraulics Directorate and Mali-Météo (the national meteorological agency). These structures will have to train 145 diplomats and 120 elected officials in climate resilience.

In terms of infrastructure, the Hydromet-Mali project provides for the construction of a national centre for emergency operations related to natural disasters and another centre dedicated to the calibration and archiving of meteorological data. In addition, 30 automatic weather stations, 60 hydraulic stations and the purchase of 200 tablets and 5 medical ambulances will be built for emergency operations following climatic disasters.

The Minister of Security and Civil Protection stated that the Hydromet-Mali project was in line with the Malian government’s vision of reducing the vulnerability of communities, protecting people and their property and safeguarding the environment. The activities carried out within the framework of this project will make it possible to help 200,000 people exposed to the ravages of a relentless drought.

A study published in 2005 by researchers from the National Engineering School, the National Centre for Scientific and Technological Research and the Sikasso National Directorate of Meteorology warned of waves of drought threatening Mali. In the south of the country, more specifically in the localities of Bougouni, Sikasso, Koutiala, Dioïla and Yanfolila, researchers predict a net decrease in rainfall. Also, the drought situation would be observed over the first half of the rainy season (May, June and July) starting in 2025. Moreover, Malian scientists note that the same situation could occur as early as 2020, if the climate’s response to disturbances becomes more rapid.