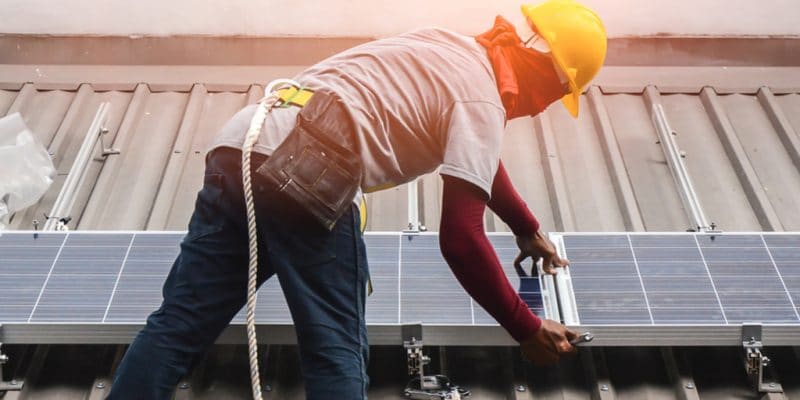 As part of the cooperation between Mali and Lithuania, two solar power plants have been commissioned at the University of Science, Technology and Techniques of Bamako (USTTB) and at the Gabriel Touré Hospital. Each installation has a capacity of 100 kWp.

Current events in Mali are dominated by the political crisis resulting from the coup d’état that overthrew Ibrahim Boubacar Keïta. But good news is coming from the University of Science, Technology and Techniques of Bamako (USTTB) and the Gabriel Touré Hospital. The two public institutions each have a photovoltaic solar power plant that has recently been commissioned.

With a capacity of 100 kWp each, the two installations connected to the grid secure the power supply to both structures. At the Gabriel Touré Hospital in Bamako, a battery storage system has been installed to store electricity. Thus, the hospital centre continues to benefit from electricity after sunset or in a load-shedding situation. Both photovoltaic solar systems are equipped with source inverters to allow the facilities to inject their surplus production into the national electricity grid.

Annually, each solar power plant will be able to supply 182 MWh of electricity. They will provide this green energy for more than 25 years, thus reducing electricity bills; as well as the carbon balance of both structures. The project is a result of cooperation between Mali and Lithuania. The Malian Ministry of Energy and Water through the Renewable Energy Agency of Mali (AER-Mali) has benefited from a special program on climate change from the Lithuanian Ministry of the Environment called “Transfer of Lithuanian knowledge and experience to Mali through the installation of solar energy technologies”.

The solar systems financed by Vilnius and built on the roofs of the USTTB and Gabriel Touré Hospital in Bamako are pilot installations. The cooperation program between Mali and Lithuania in the field of solar energy is expected to lead to the construction of other clean energy production facilities in the country.