Homepage » MALI: UNESCO plants 50,000 trees along the route of the Great Green Wall

MALI: UNESCO plants 50,000 trees along the route of the Great Green Wall 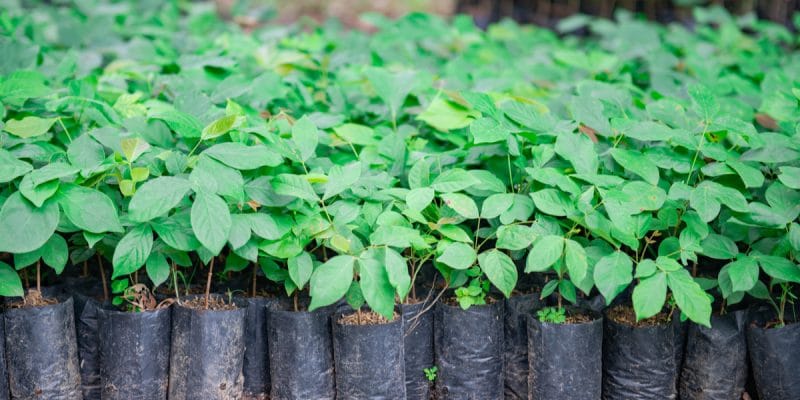 The Man and the Biosphere Programme (MAB) is 50 years old. To mark the occasion, the United Nations Educational, Scientific and Cultural Organization (UNESCO) is planting 50 000 trees along the route of the Great Green Wall in Mali. The aim is to combat climate change and desertification and to fight against food insecurity and poverty.

Mali is confronted with the phenomenon of desertification, the effects of which have strongly affected the balance of ecosystems over approximately 51% of its territory. The effects have led to a loss of arable land and a sharp drop in productivity. One of the solutions applied by the government is reforestation. This practice restores land, landscapes and ecosystems. To follow the lead of the Malian authorities, the United Nations Educational, Scientific and Cultural Organization (UNESCO) is planting 50,000 trees along the Great Green Wall in Mali.

Adopted by the African Union in 2007, the Great Green Wall for the Sahara and Sahel Initiative brings together more than 20 African countries as well as international organizations, research institutes, civil society and community organizations. It aims to combat climate change and desertification and to fight food insecurity and poverty. In its Malian section, reforestation is done in a participatory manner. The choice of species is made with the local populations. Emphasis is placed on the use of local species with multiple uses in the various ecological zones crossed.

Marking 50 years of the MAB project

UNESCO’s contribution to the Mali route of the Great Green Wall is symbolic. It involves the planting of 50,000 trees to mark 50 years of the Man and the Biosphere (MAB) programme. This programme is in line with the Strengthening the Resilience of the Education System as an Alternative to Prevent and Combat Climate Change project, which has integrated climate change education into school curricula.

The celebration of MAB’s 50th anniversary was also marked by the handing over of a large consignment of equipment and materials for the restoration of degraded land to communities and the handing over of a market garden perimeter equipped with a solar-powered hydraulic system to women’s groups in Neguela, a locality located in south-west Mali.

Read also-MALI/SENEGAL: « Olympic Forest » to be planted in 90 villages

MAB is an intergovernmental scientific programme that aims to establish a scientific basis for improving the relationship between people and their environment. It combines natural and social sciences to improve people’s livelihoods and safeguard natural and managed ecosystems, promoting innovative approaches to economic development that are socially and culturally appropriate and environmentally sustainable.