Homepage » MALI/SENEGAL: « Olympic Forest » to be planted in 90 villages

MALI/SENEGAL: “Olympic Forest” to be planted in 90 villages 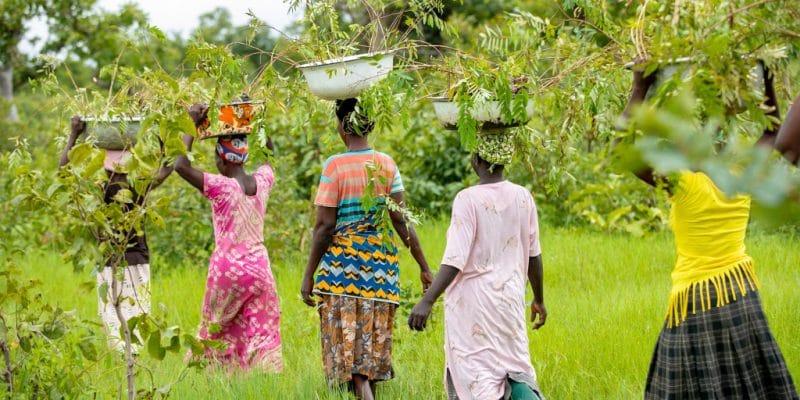 The International Olympic Committee (IOC) is giving details of its initiative to plant the "Olympic forest" in Senegal and Mali, the two host countries of the 2026 Youth Olympic Games. The forest will cover 2,120 hectares in 90 villages.

While the organisation of major international events such as the football World Cup or the Olympic Games is often criticised for its impact on the environment, the International Olympic Committee (IOC) wants to make amends through its “Olympic forest” project. This project will be implemented in Mali and Senegal, the two host countries of the 2026 Youth Olympic Games. The IOC’s project is part of the Great Green Wall.

Initiated by the African Union (AU) and launched in 2007, the Great Green Wall aims to create a long corridor of vegetation 15 km wide, crossing the entire African continent over 7,800 km and passing through 11 countries (Gambia, Senegal, Mauritania, Mali, Niger, Nigeria, Chad, Sudan, Ethiopia, Eritrea and Djibouti). The “Olympic forest” that the IOC wants to create will cover 2,120 hectares in 90 villages in Senegal and Mali. This is an important achievement for these two Sahelian countries.

“The fight against climate change is one of the IOC’s top priorities, and we are fully committed to reducing our emissions in line with the Paris Agreement. The Olympic Forest will support communities in Mali and Senegal by increasing their climate resilience, food security and income opportunities, and will help the IOC to become climate positive by 2024. The Olympic movement aims to build a better world through sport, and the Olympic Forest is an example of this,” says IOC President Thomas Bach.

For the IOC President, the Olympic Games must be more than just a sporting event; they must be a springboard for raising young people’s awareness of today’s sustainability challenges and how they can contribute to meeting them. The “Olympic Forest” will be an excellent way of raising awareness in the next five years. As a first step, the IOC plans to analyse the needs of local communities to identify project areas, establish a monitoring and evaluation plan and set up nurseries. Planting, which will include a diverse range of native tree species, is planned for the second and third quarters of 2022.

“The carbon savings generated by the Olympic forest will be independently certified to Plan Vivo, a standard that supports communities and smallholders on the frontline of the climate crisis and also ensures the creation of socio-economic benefits for local communities and additional environmental benefits such as the restoration of degraded ecosystems,” the IOC says.

The Lausanne, Switzerland-based organisation estimates that the “Olympic Forest” will sequester 200,000 tonnes of CO2 equivalent, which is more than the IOC’s estimated emissions for the period 2021-2024 and can be compared to the emissions from approximately 32,000 return flights from Nouakchott to Pretoria. This initiative is also part of the IOC’s policy to reduce its carbon emissions by 30% by 2024 and 45% by 2030. The Olympic Forest initiative is supported by the United Nations Environment Programme (UNEP) and the United Nations Convention to Combat Desertification (UNCCD).

SENEGAL: after Conakry, the port of Dakar certified Green Terminal by Bureau Veritas