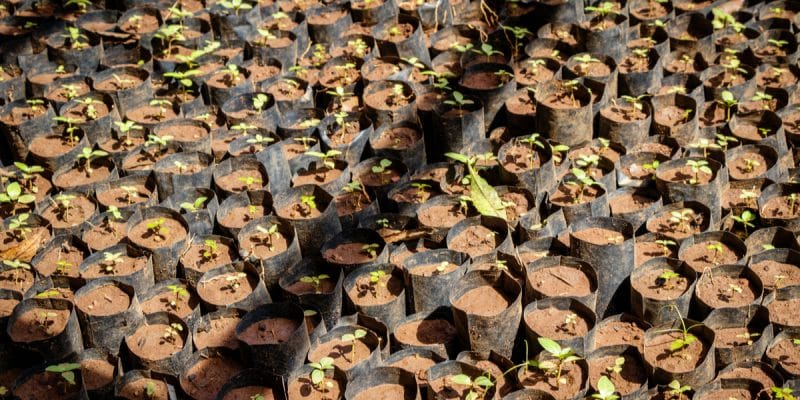 The association for the development of Niamala, a community located in the south of Mali, held its 10th reforestation day on August 5, 2019. The operation made it possible to ground 2100 trees. The initiative is in line with the national reforestation campaign launched in Mali. It involves planting 20 million trees in all regions of the country.

Niamala will soon be in green. People in this locality, in southern Mali, 250 kilometres from the capital Bamako, are concerned about the issue of reforestation. Several hundred of them answered the call of the Niamala Development Association on August 5, 2019, on the occasion of the 10th edition of its reforestation day. As a result, 2,100 young tree seedlings were planted over an area of four hectares.

The president of the Niamala Development Association took the opportunity to recall a well-known maxim in the area: “Whoever planted a tree did not live in vain,” said Bakary Togola. For him, it is urgent that reforestation policies be embraced in all regions of Mali, a Sahelian country that is suffering the effects of climate change.

Mali, which is already suffering from terrorist violence and bloody conflicts on its territory, is also suffering the full impact of climate change. These lead to altered rainfall cycles and prolonged droughts, which lead to lower agricultural yields.

Reforestation has become a national concern in Mali… On July 16, 2019, during the 25th edition of the national reforestation campaign in Mali, the government announced the planting of 20 million trees in all regions of the country.

Environment, Sanitation and Sustainable Development Minister Housseini Amion Guindo reported that this year’s campaign would focus on raising awareness around the theme: “The tree is the mark of life on earth. Let us plant it for the happiness of future generations”. For the government, it is necessary to plant the trees while ensuring that the populations integrate the merits of this initiative.