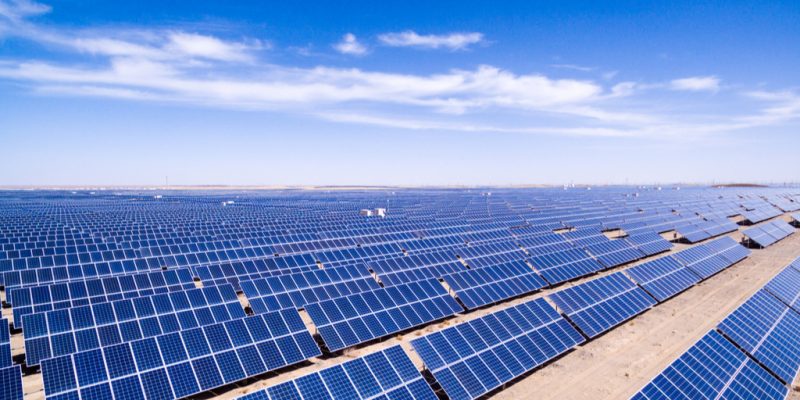 The government of Mali has recently selected the Indian giant National Thermal Power Corporation (NTPC) to support it in the development of a solar photovoltaic project that should lead to the production of 500 MWp .

The Indian company National Thermal Power Corporation (NTPC) has been chosen by the government of Mali to support it in the development of a 500 MWp solar project. The Indian company, which employs about 20,000 people, has extensive experience in setting up and developing solar projects. The New Delhi-based company also has an installed capacity of 62,110 MW, making it an undisputed global giant in the field of electricity.

It is therefore in this capacity that NTPC says it has been appointed by the Malian government to play the role of consultant in the management of this 500 MWp solar project. Specifically, the Indian state-owned company will carry out various activities to select “solar project developers on a competitive basis for the development of the project and the conclusion of Power Purchase Agreements (PPAs) with entities designated by the Government of Mali”.

NTPC’s project management consulting fees will be recovered from selected solar project developers. According to some sources, depending on feasibility, NTPC may also develop solar projects by investing its own funds in countries where feed-in tariffs are in force.

The contract awarded to the Indian giant National Thermal Power Corporation (NTPC) by the Malian government is part of the International Solar Alliance (ISA), an intergovernmental alliance whose objective is to encourage better exploitation of solar energy to reduce dependence on fossil fuels. Within the framework of this alliance created on November 30, 2015 during the Paris climate summit, the NTPC has set itself the objective of accompanying the 121 member countries in the development of 10,000 MWpeak  of solar energy over the next two years.

IPPs at the centre of Mali’s solar ambitions

The NTPC has already begun to achieve its ambitions in West Africa, notably where it has signed a contract with the Togolese authorities to act as advisor for the development of a 285 MWp solar project. For the moment, no details are available on the future 500 MWp photovoltaic solar power plant in Mali.

The Sahel country is only just beginning to exploit its solar potential, however, with several concessions already awarded to independent power producers (IPPs). An example is the Emirati Pal 4 Énergie Solaire, which will install a 100 MWp solar power plant in Diéma in the west of the country. In Tiakadougou-Dialakoro, a small commune of 7,000 inhabitants, located a short distance from Bamako, the Emirati IPP Amea Power is developing a 50 MWp solar project. A 33 MWp solar power plant will also be built in Ségou thanks to the Norwegian company Scatec Solar.