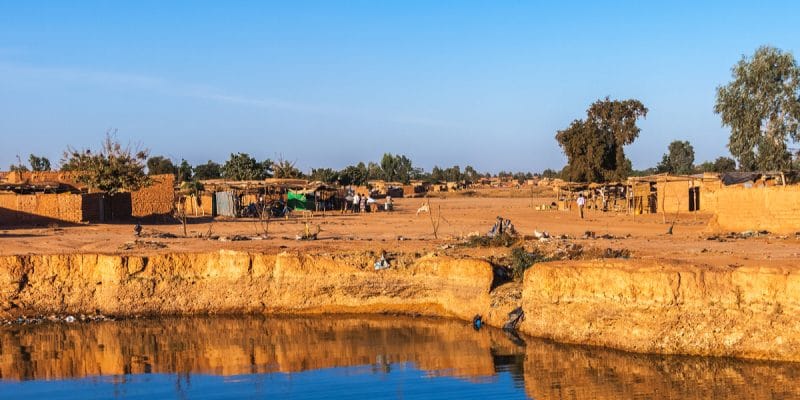 An underground water retention dam is under construction in Kidal in the north of Mali. 91,469, this project is the second of its kind launched in the region in the space of two years by the United Nations Integrated Multidimensional Stabilization Mission in Mali (Minusma). The aim is to improve access to a resource that is becoming increasingly scarce.

The United Nations Integrated Multidimensional Stabilization Mission in Mali (Minusma) is launching a new project to improve access to drinking water in the Kidal region of northern Mali. It involves the construction of a water retention dam in the locality of Iklahine. The construction work was recently launched for a period of six months, involving local labour through some thirty farmers from Kidal. And the cost of the project amounts to around 91,469 euros, or 60 million CFA francs.

It is the second project of its kind launched in Kidal by Minusma in the space of two years. It comes after the water drilling that the mission carried out in the same region in 2018. “It is in the permanent concern to improve the conditions of access to water for the population and livestock, while reducing community conflicts related to water and grazing that we finance these projects carried by the populations,” explains Insanatane Ag Rousmane, from the Security Sector Reform and Disarmament, Demobilization and Reintegration Section (SSR/DDR) of the Minusma. The programme is also supported by the United Kingdom through the United Nations Trust Fund for Peace and Security in Mali.

Minusma’s efforts in the water sector in Kidal are indeed salutary for a country and more particularly a region where water stress has become intertwined with insecurity. The climate is desert and characterised by temperatures that can reach 45 degrees Celsius (°C) during the day and scarce and low rainfall. According to the International Committee of the Red Cross (ICRC) in Kidal, in order to capture groundwater in this region, it is sometimes necessary to dig wells up to 70 metres deep and boreholes up to 130 metres deep.