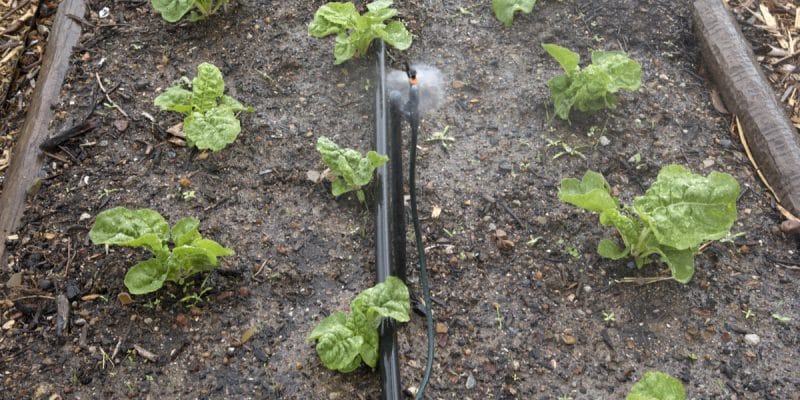 ESenè is an on-board system for capturing the moisture content of the soil in order to provide the water necessary for optimal growth of a given crop. By reducing water consumption in plantations by 80%, the invention of the young Malian computer scientist Bourehima Coulibaly is positioned as a means of adapting to the arid climate of the Sahel.

Malian farmers will no longer have to endure the long and implacable dry seasons that the Sahel region is experiencing. Cultivating fields all year round is now possible in Mali, thanks to Bourehima Coulibaly’s invention. The young computer scientist has created ESenè, an on-board system equipped with sensors that collect information on biomass to identify the elements existing in the soil. This data is combined with meteorological information to choose the right time and the right dose to irrigate and fertilise crops.

“With ESenè, farmers can multiply their crops while protecting water resources,” says Bourehima Coulibaly. According to his estimates, a farmer consumes an average of 50 cubic metres of water per day to irrigate one hectare of vegetable crops. A conventional irrigation system could save 40 to 50 per cent of water. While a system that can detect soil moisture and provide precisely the right amount of water to the crops would save 70 to 80 per cent of water.

ESenè, a solution against the Sahelian climate

In Mali, as in the rest of the Sahel, the rainy season lasts only three to four months, forcing farmers to harvest only two crops a year. The consequences of the long period of drought are the scarcity of water resources and thus conflicts between communities; the increase in the rate of rural exodus of young people; the increase in the rate of immigration candidates.

ESenè is also an answer to the problem of water consumption in agriculture in the world. In the book entitled “The water we are; a vital element at risk”, published by Presses du Châtelet in 2018, journalist Juliette Duquesne and peasant philosopher Pierre Rabhi reveal that 90% of the fresh water consumed in the world is destined for agriculture. “Industrial agriculture is the largest consumer of water and is unfortunately not questioned in its water management. In France, for example, almost all the water tables are now polluted by nitrates and pesticides due to agricultural chemical treatments,” says Juliette Duquesne.