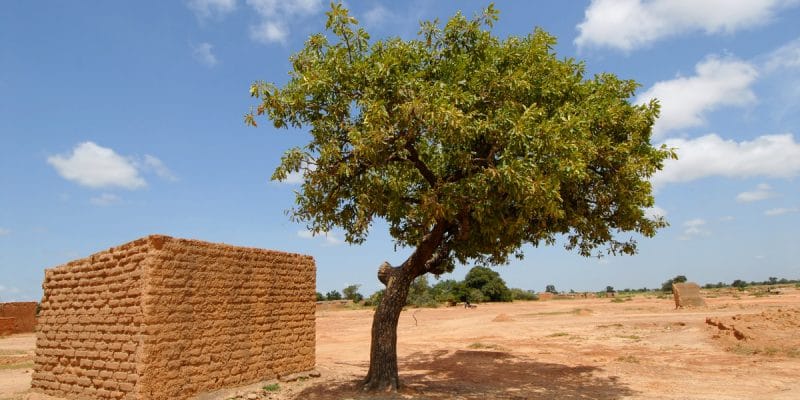 The Malian government and its partners have just launched the 2020 edition of the national shea park regeneration campaign. Nearly 8,400 seedlings of this tree with many virtues will be planted in three communes in southern Mali. The aim is to economically empower women and fight against the advancing desert.

The shea tree, also known in West Africa as “the tree of 1000 virtues”, “the butter tree” or “women’s gold”, is at the heart of a vast reforestation programme in Mali. With the aim of strengthening the economic empowerment of rural women, protecting the soil and combating desertification, the Malian authorities officially launched the national campaign to regenerate the shea park on November 11th, 2020. Nearly 8,400 karities will be planted in the south of the country, more precisely in the communes of Sinsina and Nafanga, in the Cercle de Koutiala, and in the rural council of Loulouni, in the Cercle de Kadiolo.

This operation is financed by the Spanish Agency for International Development Cooperation (AECID) and implemented by the Malian Ministry for the Promotion of Women, Children and the Family (MFEF), in partnership with the Advisory Association for Development (ACOD). “This project undoubtedly contributes to the development of the shea sector, one of the most dynamic in our country, which is an important source of income for a large part of the rural population, namely women, who are hard hit by poverty,” explains Sayon Doumbia, the technical advisor in charge of development issues and women’s empowerment at the MFEF.

A project with multiple interests

The 8,400 new shea plans to be planted in Mali will also reinforce the concept of the tree outside the forest. This concept encompasses all the multiple-use wood resources of village terroirs, where they play a role in improving soil fertility, protecting crops from erosion, fixing the soil, producing fodder, wood, fruit, creating shade, providing medicines, landscaping and recreation.

The regeneration campaign for the shea park has several similarities with the Support Project for the Economic Empowerment of Women in the Shea Value Chain (PAEFFK), launched in 2018. Both projects are implemented by the same ministerial department, they both aim to strengthen the climate resilience of Malian women, and have the same areas of intervention. And on the latter aspect, the second project will strengthen the first, in that it improves quality, a fundamental element of the shea value chain.