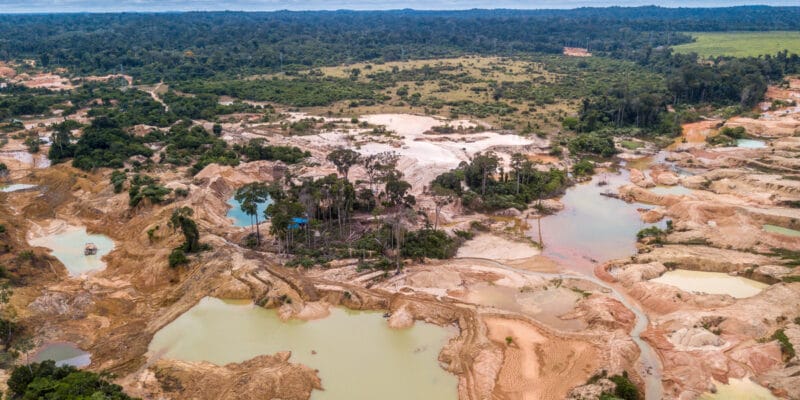 The people living along the Bagoé River in southern Mali are desperate. Gold mining by dredging degrades their environment by spreading toxic substances such as cyanide and mercury. In a letter signed on January 30th, 2021, the president of the communal youth council of Fourou denounced this gold panning technique to the government. Chinese mining companies are particularly accused.

In a correspondence dated January 30th, to the Malian Minister of Mines and Petroleum, the youth of Fourou in southern Mali complained about mining pollution. Several Chinese-owned mining companies have taken over the banks of Bagoé, the river that runs through the village. Machines such as backhoes and spitters are used in a mining technique called “dredging”. This method is particularly destructive to nature, as it also uses toxic substances such as cyanide and mercury. “The soil is destroyed, the chemically contaminated water flows into the river, leading to a scarcity of fish. And the drought is becoming more and more severe because of the massive destruction of trees around the mining sites,” lamented Souleymane Diarra, president of the youth of Fourou.

The technique of gold panning by dredging is, however, widespread in Mali. It is also observed on the Malian part of the Niger River, and on the Falémé River in the Kayes region on the border with Senegal. Aware of the environmental and health dangers of gold panning by dredging, the Malian government has taken strong measures. This is the case, for example, with the interministerial decree of 15 May 2019, which suspends gold mining activities by dredging in Mali. This one-year precautionary measure was supposed to put an end to this practice, while the 2012 mining code, which already provides for a formal ban on dredging in the Republic of Mali, is being reviewed. As part of a process of harmonization of mining codes in Africa, the revision of Mali’s mining code includes other environmental provisions. The obligation for any mining title holder to rehabilitate mining sites and to comply with the principles and requirements of the Minamata Convention on the use of mercury.

It is therefore in the light of these measures and many others that the state authorities will respond to the desires of the people of Fourou. Reacting to the suspicious allegations of the inhabitants of his commune, the mayor of Fourou, Ousmane Ouattara, refuted any complicity with Chinese mining companies, before affirming that all the deconcentrated services of the state have been informed of the situation.