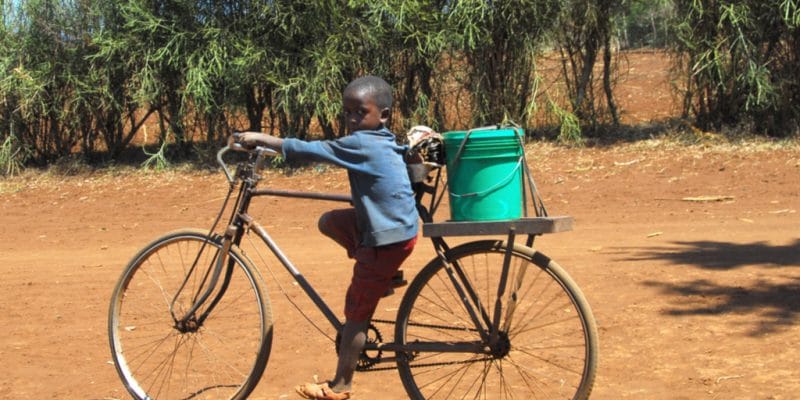 The construction site for the facilities, which will provide Bamako with drinking water from Kabala, is 80% complete. The Malian Minister of Energy and Water, Sambou Wagué, who visited the site on Thursday, October 18, 2018, recently made the announcement.

To find out about the progress of the work on the Bamako drinking water supply project from Kabala, Sambou Wagué, the Minister of Energy and Water, visited the site on Thursday 18 October 2018. The results of the inspection tour indicate that 80% of the work has been completed. This should soon make it possible to significantly reduce the shortage of drinking water in Bamako, the Malian capital.

Wherever Sambou Wagué went, engineers from the Malian Drinking Water Heritage Corporation (Somapep), the public company responsible for this project, reassured the Minister about the progress of the project, while suggesting that the first industrial tests could take place by December 2018.

The project to supply Bamako with drinking water from Kabala is eagerly awaited by the populations of the Malian capital. According to the African Development Bank (AfDB), once completed, the project will produce an additional 144,000 m3 of water per day and provide drinking water for the city with a population of more than 3 million people. The volume generated represents 68% of current production, and will significantly relieve populations subject to water scavenging, especially women.

To achieve this objective, Somapep (the Malian Drinking Water Heritage Society) is building a pumping station on the banks of the Niger River. The water extracted from the river, which crosses Bamako, will be treated by a 144,000 m3 per day drinking water treatment plant. The latter will be equipped with a continuous water quality alert and monitoring system. To bring drinking water from Kabala to Bamako, Somapep is installing “large diameter” pipes.

In the capital, water will first be stored in tanks with capacities ranging from 2,000 to 10,000 m3. To distribute this water to the population, Somapep is building 880 km of distribution network and rehabilitating at least 50 km of pipes. The public company also installs more than 1100 standpipes, more than 66 000 social connections and 44 000 normal residential connections. All these infrastructures require a total investment of more than 294 billion CFA francs, or more than 449 million euros.

The project to provide Bamako with drinking water from Kabala also includes a training and awareness component. Training in the maintenance of new installations concerns Somapep agents. As for the populations, they will be made aware of good water management. Somapep will also be involved in a study on the regulation of water tariffs at standpipes.

This project has received support from several development partners. The AfDB contributed 21% of the total amount. The remainder is provided by the World Bank, the French Development Agency (AFD), the African Development Fund (ADF), the European Investment Bank (EIB), the Islamic Development Bank (IDB), the Italian Cooperation and the Malian State.