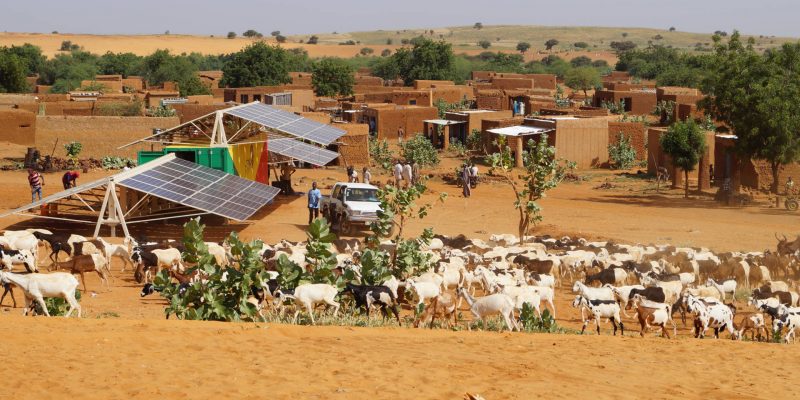 The German start-up, Africa GreenTec, is installing a mini solar containerised grid in Fanidiama village, located in the Sikasso region of southeast Mali. Equipped with batteries, the containerised mini-grid has a capacity of 45 kWp.

Confounded by Thorsten Schreiber and his wife Aïda N’Daye, of Malian origin, the young German company Africa GreenTec is installing a containerised solar system there. It consists of solar panels installed on a container, capable of producing 45 kWp of electricity. The installation is connected to a battery system with a storage capacity of 60 kWh. Thus, the inhabitants of Fanidiama will continue to benefit from electricity after sunset. Similarly, all Solartainers are connected to the Internet by satellite, which ensures a good web connection on site and better remote management.

The 54 kWp produced by Fanidiama’s small containerised solar power plant will be sold to residents “at an affordable price”. “The revenues will be used to pay for the operating and maintenance costs of the solar container and to reimburse investment costs,” explains Africa GreenTec. It is not the first time that the young company makes installations in Mali. 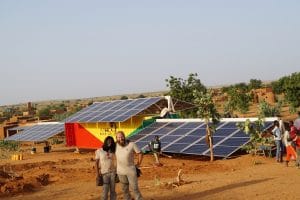 It is also preparing to set up a new off-grid containerised solar system in Sira-Koro, a rural commune of more than 10,000 people, located in the south-western region of Kayes. These projects are part of the company’s overall strategy in West Africa. Currently, the start-up has installed its precious containers in 18 villages in Mali and Niger to ensure access to electricity for 100,000 people. Africa GreenTec aims to provide containerised solar mini grids to 50 villages in Mali. It is financing this expansion project through a fundraising campaign of close to €10 million from institutions such as GLS Bank and the Deutsche Bundesstiftung Umwelt (German Environmental Foundation) as well as several family offices (wealth managers).

“In the medium term, we will also develop our solutions in other countries with the hope of becoming the largest decentralised energy and water supplier in Africa,” said Torsten Schreiber, founder of Africa GreenTec. It thus reveals its ambitions in a rapidly expanding sector in Africa.

It should be noted that due to its mobility, the containerised solar mini-grid is an efficient and fast solution for access to electricity in remote locations in Africa. The possibility of moving the container according to local contingencies (new connection of the village, problems of insecurity…) also makes it possible to secure the investment and to deploy this solution on all kinds of territories. This is a new approach that is increasingly being explored by solar off-grid companies in East Africa in particular. Recently, the French company Engie commissioned a 28 kW containerised solar mini-grid in the village of Chitandika in southwest Zambia. Several other companies are investing in these new off-grid systems. This is the case of the French industrial group Schneider Electric or Aptech Africa, a company based in Kampala, Uganda.