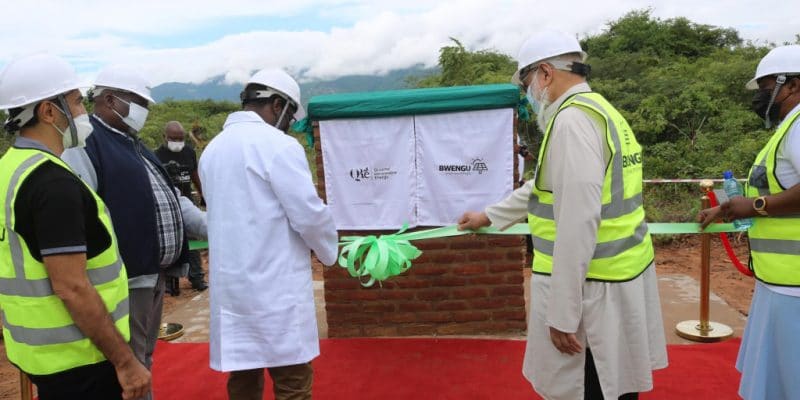 Malawi's Quantel Renewable Energy, Frontier Energy and Vidullanka Plc are launching the construction phase of a solar photovoltaic (PV) project in Bwengu in northern Malawi. The project will require an investment of $65 million.

A new solar project is entering the construction phase in Malawi. It was recently launched by the Malawi authorities and its developers. The solar power plant is being built on 105 hectares of land allocated by the authorities in the locality of Ulalo Nyirenda. The project is a partnership between the American independent power producer (IPP) Quantel Renewable Energy, the Danish Frontier Energy and the Sri Lankan Vidullanka Plc.

Construction is expected to last 12 months before the solar power plant is commissioned with a capacity of 50 MWp. The site chosen for the solar park is located only 1 km from the Bwengu substation owned by the Electricity Supply Corporation of Malawi (ESCOM). The Malawian state-owned utility will purchase the electricity generated at Bwengu, in line with the public-private partnership (PPP) agreement between the government and the project developers.

“The launch of the construction of the Bwengu solar power plant is in line with the Malawian government’s policy,” says the Malawian Ministry of Energy. Lilongwe hopes to increase its installed capacity by 1,000 MW by 2025. At present, the country of more than 19 million people has a capacity of 532 MW, generated mainly from clean sources, including hydro, solar and biomass.

The Malawian government is counting on IPPs to further develop its installed capacity and diversify its power mix. Lilongwe has already validated the implementation of several clean energy projects, including Golomoti where IPPs are building a 20 MWp solar farm. In Nkhoma Deka, a 50 MWp solar power plant is expected to feed electricity into the national grid. Located in Salima, Malawi’s first large-scale solar power project (60 MWp) entered its commercial operation phase in November 2021.