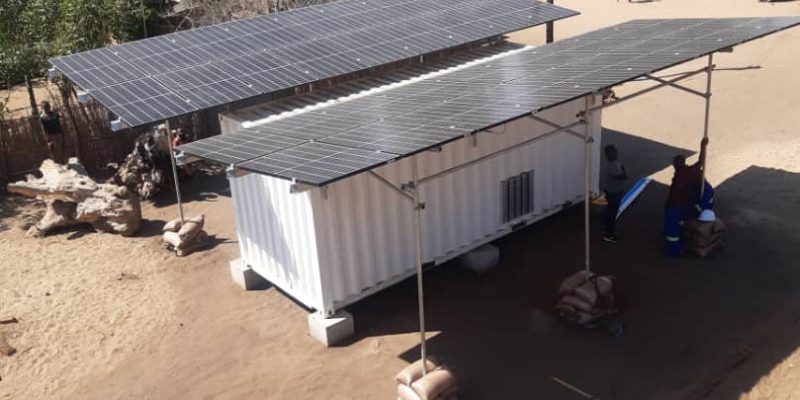 The off-grid supplier SustainSolar has recently commissioned a 12 kWp containerised mini-grid in the village of Mthembanji in the Dedza district of Malawi. The solar photovoltaic system provides electricity to 60 households and small businesses in the village.

A solar-powered electricity generation unit is operational in Mthembanji, a village located south of Malawi’s capital Lilongwe. It is a containerised solar photovoltaic system that has just been installed there by SustainSolar, an off-grid provider based in Cape Town, South Africa.

The system consists of solar panels installed on a 20-foot sea container. The panels capture the sun’s rays, which are converted into electricity by solar inverters installed in the container. The installation also has a battery-based electricity storage system supplied by German manufacturers SMA and Tesvolt. “SMA’s online portal provides remote access to system performance and production, and alerts system managers to any problems so that they can quickly troubleshoot in the field,” explains SustainSolar.

Electricity for 60 homes and small businesses

SustainSolar’s mini-grid container has a capacity of 12 kWp. It also has a small distribution network that supplies 60 households and small businesses in the village of Mthembanji. “After designing the system architecture and a sustainable business model, Strathclyde and United Purpose worked with SustainSolar, Malawian electrical contractor BNG Electrical and smart meter supplier Steamaco (UK) to complete construction of the installation,” says SustainSolar. 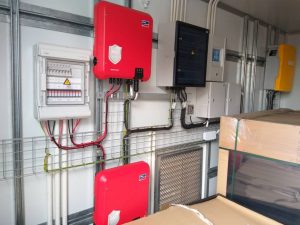 The inverters of the containerised PV solar system ©SustainSolar

Through this project, SustainSolar is strengthening its position in the dynamic solar market in Africa. The company will also install its containerised Sustain Compact™ system on the island of Idjwi in Lake Kivu in the Democratic Republic of Congo (DRC) as part of an Equatorial Power project.