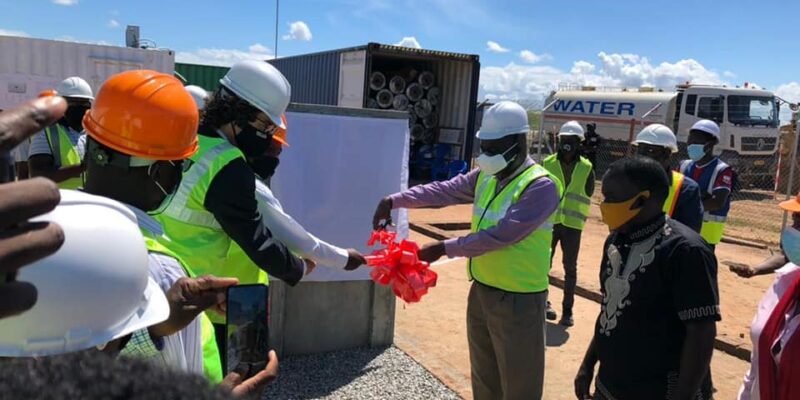 Malawian authorities recently participated in the launch of the construction of a 21 MWp solar power plant in Nkhotakota in central Malawi. This is the first phase of a project by responsAbility Renewable Energy Holding (rAREH) and Phanes Group.

The ground-breaking ceremony was presided over by Newton Kambala, the Malawian Minister of Energy. The solar power plant under construction will have a capacity of 21 MWp. This is the first phase of a solar photovoltaic project being carried out by the Independent Power Producer (IPP) Phanes Group and its partner responsAbility Renewable Energy Holding (rAREH).

Together with the first unit, the second phase of the project will increase the capacity of the solar PV plant to 37 MWp. This project is important for Malawi, as the country has an installed capacity of 400 MW, according to the government. In this East African country, most of the electricity available in the national grid is generated by hydroelectric plants. With the drought experienced by all countries in the East African sub-region, Malawi is not immune to disruptions in hydropower generation.

A power plant guaranteed by the ACA

Hence the authorities’ policy to diversify the country’s electricity mix. This policy is coupled with an electrification strategy that relies heavily on solar energy. Newton Kambala, Malawi’s Minister of Energy, estimates that the Nkhotakota solar power plant will be able to supply 200,000 local households, with an annual electricity production of 7 million KWh.

Phanes Group will sell the electricity from the Nkhotakota solar plant to the state-owned Electricity Supply Corporation of Malawi (Escom) under a 20-year power purchase agreement (PPA). “Given the levels of electricity shortage we are experiencing in Malawi, from a generation perspective, 21 MWp (for the first phase) is significant as it will increase access to energy and improve the growth of the economy,” said Minister Newton Kambala at the ground-breaking ceremony of the Nkhotakota power plant in Central Province.

The implementation of the two phases of the project will require an investment of $40 million. The developers of the project are supported by the US Development Finance Corporation (DFC). Phanes Group and rAREH have also received a $60 million guarantee from the Africa Trade Insurance Agency (ATI).