MALAWI: Majiga-Kamoto receives Goldman Prize for her commitment against plastic 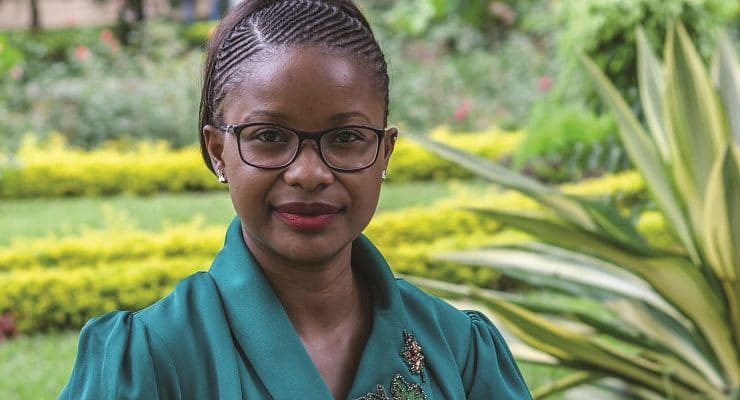 Gloria Majiga-Kamoto is the 2021 winner of the Goldman Environmental Prize. The young Malawian is one of six winners of this prize awarded by the Goldman Foundation. The activist has been instrumental in improving the management of single-use plastic waste in Malawi.

Gloria Majiga-Kamoto’s commitment to fighting plastic pollution is now internationally recognised. On June 15th, 2021, the young Malawian was awarded the Goldman Environmental Prize. The Goldman Foundation is honouring her efforts in the fight against single-use plastic pollution in Malawi. Gloria Majiga-Kamoto is the only African among the six winners selected for the 2021 edition of this annual competition.

In 2019, Gloria Majiga-Kamoto led a grassroots movement that resulted in the implementation of a law that bans the production, import, distribution and use of single-use plastics in Malawi. The East African country produces about 75,000 metric tonnes of plastic a year, 80% of which is believed to be single-use, the United Nations Development Programme (UNDP) said in a report. This includes plastic packaging with a thickness of less than 60 microns, as well as bags, water sachets, bottles, cups, etc.

With the Goldman Prize, Gloria Majiga-Kamoto benefits at the same time from “international recognition that strengthens her credibility, global visibility for the causes she defends, financial support to realise her vision of a renewed and protected environment, capacity-building support to improve the effectiveness of her work, and networking, learning and connection with other local leaders,” says the Goldman Foundation. The first Goldman Environmental Prize was awarded in 1990 by Richard Goldman, a California philanthropist, and his wife Rhoda Goldman. The second mission of the new laureate Gloria Majiga-Kamoto is to raise awareness about biodiversity conservation.

While working at the Centre for Environmental Policy and Advocacy, Gloria Majiga-Kamoto noticed a high mortality rate of goats. Studies have revealed the presence of plastic in the intestines of these animals and several other species, including fish.