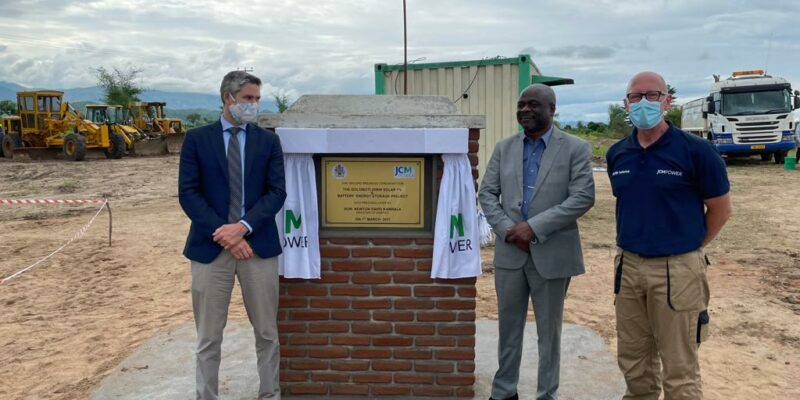 InfraCo Africa, an investment company of the Private Infrastructure Development Group (PIDG) announces the imminent launch of the construction site of the Golomoti solar power plant (20 MWp). This project is being implemented in partnership with the Canadian Independent Power Producer (IPP) JCM Power (JCM).

The Golomoti solar photovoltaic project, which is entering its construction phase, is being implemented in the Dedza district, about 100 km south-east of Lilongwe, the capital of Malawi. The installation will have a capacity of 20 MWp and will have a 5 MW/10 MWh battery storage system. The aim is to optimise the plant’s output so that it continues to provide electricity in bad weather or after sunset.

The Golomoti solar project is being developed by Canadian Independent Power Producer (IPP) JCM Power (JCM), with financing from InfraCo Africa, an investment company of the Private Infrastructure Development Group (PIDG). The two partners have already signed a power purchase agreement (PPA) with the state-owned Electricity Supply Corporation of Malawi (ESCOM). The output of the facility will feed into Malawi’s national electricity grid via the Golomoti station, which will operate a 132 kV transmission line.

A project that calls for another

The entry into the construction phase of the Golomoti solar power plant “was made possible thanks to the strong support the project received from the government of Malawi, the regulators and the public electricity company, ESCOM. By generating additional energy and pioneering in the field of energy storage, Golomoti will guarantee the supply of electricity to homes and businesses in Malawi”, explains Gilles Vaes, Managing Director of InfraCo Africa. The project is also supported by the UK government’s Department of Business, Energy and Industrial Strategies, as well as financial support from Energy Catalyst and Innovate UK’s Rina Tech UK (Rina).

According to InfraCo Africa, the future solar power plant will improve the stability of Malawi’s national electricity grid. The plant will also reduce the country’s dependence on its hydropower plants, which suffer from falling river levels during the dry season. These advantages have led the Malawian authorities to validate the construction of a second photovoltaic solar power plant, in Salima.

This other project is expected to bring 60 MWp to Malawi’s national electricity grid. The Salima solar power plant will require an investment of 40 million dollars. The park will be located 75 km from the Lilongwe River. The project is being developed through a partnership between InfraCo Africa, JMC and Matswani Capital.