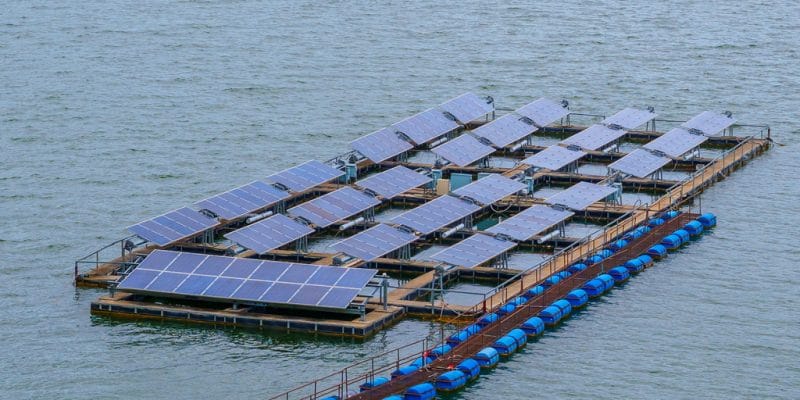 Droege Energy, a private electricity producer (IPP) based in Munich, Germany, has recently obtained approval to build a 20 MW floating solar power plant in Malawi. The solar photovoltaic park will be located on Lake Malawi, specifically on the coast from Monkey Bay to Mangochi.

Malawi will soon have a new solar photovoltaic power plant. Unlike others, it will float on the waters of Lake Malawi. The photovoltaic solar park will be built by the German company Droege Energy. The independent power producer (IPP) plans to install it near the coast in Monkey Bay, Mangochi District in southern Malawi.

The floating solar park will occupy the equivalent of 14 hectares of plantation. The company, based in Munich, Germany, specified that the supply of inverters and solar panels would be subject to a call for tenders. “We are now preparing to close the project financially over the next three months (…) The financing will consist of 30% equity, already raised, and 70% debt,” says Gustavo Droege, CEO of Droege Energy.

No details were given on the exact cost of the project. Droege Energy has 18 months to complete the construction of the Monkey Bay floating solar power plant, which will have a 20 MW capacity. The electricity will be sold to Electricity Supply Corporation of Malawi (ESCOM), the public company that distributes electricity in Malawi. The power purchase agreement (PPA) negotiated between Droege Energy and ESCOM provides for the facility to be operated over a period of 25 years. The electricity will be fed into the national grid via a 33 kV transmission line, almost two kilometres long.

The Monkey Bay floating solar power plant is not the only one to be built on the African continent. Recently, similar projects have been launched, particularly in Ivory Coast. If the capacity of the first floating solar power plant in Ivory Coast is not yet known, or even the exact location where it will be installed, financing is already secured. The funds come from the French Development Agency (AFD). In order to achieve this, the financial institution recently signed a loan agreement for 52 billion CFA francs, or 80 million euros, with the government of Ivory Coast.

A more concrete project is underway in the Seychelles. It concerns the installation of a floating solar power plant at sea, more precisely in the “Rocher” Lagoon, in the Mamelles district. The facility will provide 5.8 GW of electricity per year to the national grid in the Indian Ocean archipelago.