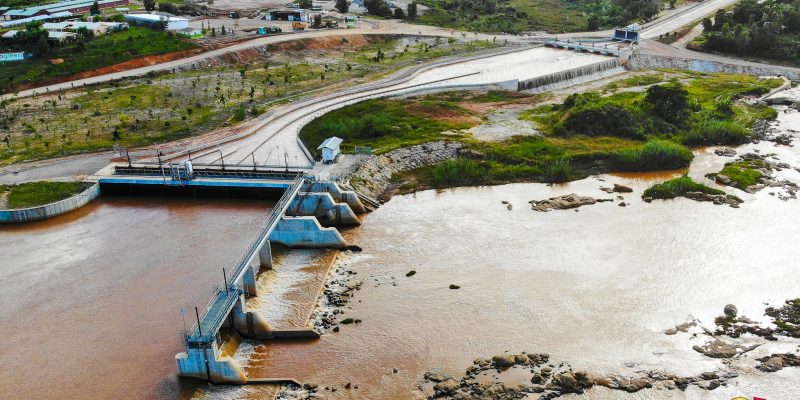 The Malagasy authorities are inaugurating the Farahantsana hydroelectric power station. The facility, located in the Itasy region, is the result of a project developed by Tozzi Green. The plant feeds its production into Madagascar's national electricity grid.

A new hydroelectric power plant is coming into operation in Madagascar. The facility, located in the commune of Mahitsy in the Analamanga region, was inaugurated on Thursday 1 December 2022 by the President of the Malagasy Republic, Andry Rajoelina. The project, which is now in its operational phase, is being carried out by Tozzi Green, a company based in Ravenna, Italy.

Tozzi Green has entrusted the construction site to several companies, notably the Société de construction et de bâtiment (SCB) and Sogea Satom, a subsidiary of the French group Vinci. These companies built a run-of-river dam on the Ikopa River, an intake, a grit chamber, a feeder canal, a headroom chamber, a line of four 2,500 mm diameter penstocks. This equipment provides water for the operation of a power plant equipped with four Francis turbines with a combined capacity of 28 MW.

An investment of around €100 million

“This new infrastructure marks a new stage in Madagascar’s journey towards emergence through energy transition and the country’s production capacity,” said President Andry Rajoelina at the inauguration ceremony. The facility provides 6% of Madagascar’s installed capacity. In 2018, an average of 560 MW of Madagascar’s installed capacity (844 MW) was operational, with a peak demand of 350 MW according to Power Africa. The generation of this electricity is largely hydro-based, with more than 20% generated by small-scale hydroelectric plants.

Tozzi Green has secured the construction of its Farahantsana hydropower plant from Madagascar’s Ministry of Energy and Hydrocarbons. Under this public-private partnership (PPP), the electricity produced is sold to the public utility Jiro sy rano malagasy (JIRAMA). The kWh of electricity is sold at seven cents.

Tozzi Green has set up Mahitsy Hydro. The special-purpose company will operate and maintain the Farahantsana hydroelectric plant. According to the company led by Roberto Fagnocchi, its plant is capable of producing 135 GWh of electricity per year, enough to meet the needs of 2.7 million Malagasy, or 65% of the population of the capital Tananarive. The project, which was launched in 2018, required an investment of 450 billion ariarys, or around 100 million euros.