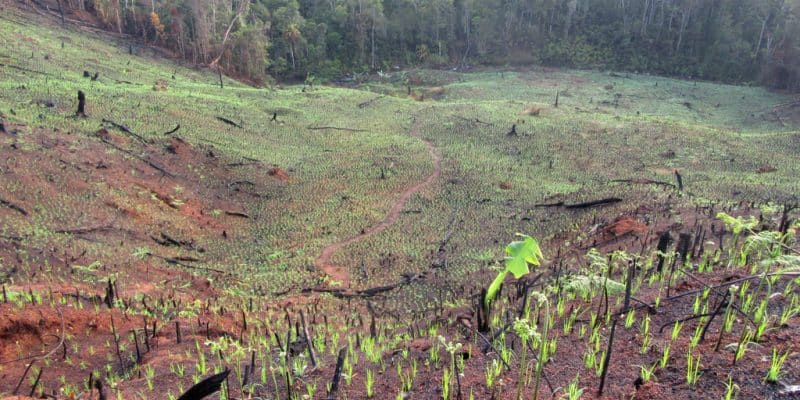 The Ankaratra Nature Recerve in the Vakinankaratra region of Madagascar, a popular hiking destination, was recently devastated by forest fires that are undermining its spectacular ecosystems.

With its 129 protected areas, Madagascar proudly boasts one of the most beautiful natural heritages in East Africa. However, the island loses about 50,000 hectares of land per year to fires, most of which are caused by arsonists, according to the Malagasy government. At the beginning of October 2022, forest fires devastated a large part of acacias (agarista and erica) and other rare plant species, notably aponogetonaceae and corrigiola madagascariensis, in the Ankaratra nature reserve.

The site, located 50 kilometres southwest of the capital Antananarivo, is home to the Tsiafajavona, the third highest massif in Madagascar, reaching an altitude of 2,643 metres. Since its creation in 1922, the Ankaratra reserve has also been a place of parade for 14 species of amphibians, 11 species of reptiles and 69 species of birds. Between floods and drought, climatic hazards coupled with slash-and-burn agriculture have quickly undermined the faunal and floristic potential of this protected area covering an area of 8,000 hectares.

The urgent need for reforestation

Following the example of Ankaratra, several Malagasy national parks have experienced fire episodes in recent weeks. This is particularly the case in the Zombitse Vohibasia National Park in the south-west, the Baly Bay Reserve in Soalala and the Marohogo Reserve in the Boeny region, where around 100 hectares of land went up in smoke.

Faced with this situation, the Malagasy government recently created an inter-ministerial crisis unit whose mission is to “coordinate all emergency actions to control and prevent forest fires”. The team is made up of the State Secretariat in charge of the National Gendarmerie, the National Office for Risk and Disaster Management, as well as the Ministries of National Defence, Agriculture and Livestock, among others.