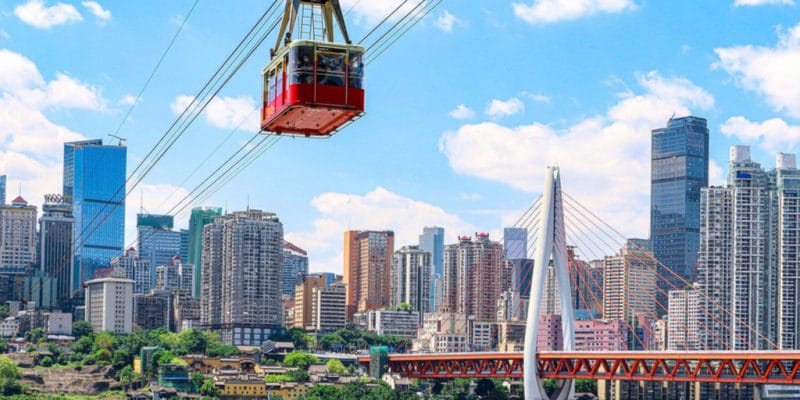 In Madagascar, the cable car project in the capital Antananarivo has obtained a permit from the National Office for the Environment (ONE). The infrastructure, which should relieve congestion in the archipelago's main city, has provoked controversy among local residents and environmentalists.

Madagascar will soon have two cable car lines linking five districts of the city of Antananarivo. The cable car project in the Malagasy capital, supported by the Secretary of State for New Towns and Housing, has just obtained an environmental permit from the National Office for the Environment (ONE).

According to the Malagasy authorities, this permit will allow technical and geotechnical studies to continue and work to begin. However, some local residents point to the risk of landslides in the capital during the rainy season. For some environmentalists, this project is less important than the power cuts and the risk of flooding, which is caused by the dilapidated dykes, the lack of drainage channels, anarchic development and poor waste management. All these concerns call into question the objective of this cable car.

Thanks to 78 pylons that will be erected in Antananarivo, the infrastructure financed by a 152-million-euro loan from France should reduce traffic jams. The first line, called the “Red Line”, will have 4 stations and 19 pylons. It is 9.21 km long and will link Anosy and Ambatobe in 30 minutes. The second line, called “Yellow Line”, will connect Anosy and Ambanidia in 10 minutes over a distance of 2.60 km. In total, the cable car should carry 40,000 passengers per day.

The work, which will start by June 2022, will be carried out by the French companies Colas (a subsidiary of the Bouygues group) and Poma, a specialist in cable transport. These two companies will also be responsible for laying out the final route of the lines in April. According to the Malagasy government, the project will be operational before the Indian Ocean Island Games (IOIG), which the country will host in 2023.

The government is reassuring

“By respecting the specifications that we have granted, there is no risk in relation to the project. We have put in place safeguards with regard to heritage, culture, and the stability of the land in the upper town where there are risks of landslides and instability. There are going to be a lot of changes in relation to the pylons, whether it’s from the point of view of heritage constraints or geotechnical and land constraints. The developers have accepted all the conditions. Concerning the noise perceptible at the level of the pylons and stations, the promoter has already provided solutions to control it by placing absorbers all around the sources of noise,” says ONE Director General Rija Rakotoson.

According to the Malagasy Secretary of State in charge of New Towns and Housing, surveys are underway wherever the pylons will be erected to determine the characteristics of the soil. “There will be no expropriation because for the stations, for example, the pylons will be placed on land belonging to the State,” says Léa Ravoavinorosoa. For the mayor of this city of more than 3 million inhabitants, Naina Andriantsitohaina, the Antananarivo cable car “is motivated by the government’s desire to provide a green and efficient solution to our fellow citizens who suffer the economic and health consequences of traffic jams every day.