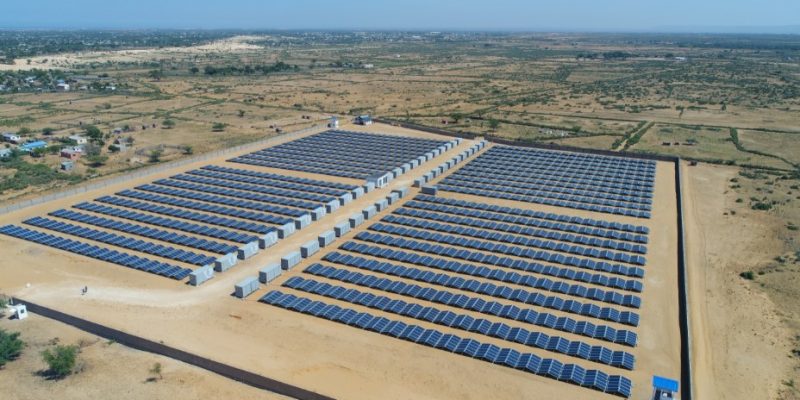 The French renewable energy producer Akuo Energy has just commissioned 44 mobile solar units in the port city of Tuléar in the south of Madagascar. The project is being implemented in partnership with Enelec, the subsidiary of the group Filatex. The 44 containerised units have a production capacity of 2.9 MWp.

New clean energy technologies are helping Madagascar in its electrification process. The large island is thus benefiting from the new Solar GEM®️. These mobile containerised units are pre-assembled by Akuo Energy, a French producer of renewable energy. As part of a project developed in partnership with Enelec, a subsidiary of the Filatex Group, 44 of these clean energy units have been installed in Tuléar, in the south of Madagascar.

Each unit is made up of 200 solar panels capable of delivering nearly 66 kWp, for a combined capacity of 2.9 MWp. “The pre-assembled and pre-wired units can be deployed in just 30 minutes and folded up in 45 minutes. They therefore have the advantage that they can be moved between periods of harsh weather conditions, offering protection solutions in areas where the climate is unstable,” says Akuo Energy.

A project funded by Atmosfair

The project, which required an investment of €6 million, has received long-term funding from Atmosfair, an organisation based in Bonn, Germany, whose main mission is to provide offsets for greenhouse gases emitted by aircraft, cruise ships, long-distance coaches and events. On the big island, its ambition is to contribute to the development of renewable energies.

“We are enabling Tulear to green its energy production and giving the inhabitants access to an essential need while respecting the environment. We are also beginning a phase of industrialisation of our hybrid solutions. It is a great pride for Akuo to announce the entry into service of this power plant,” says Eric Scotto, president and co-founder of Akuo Energy.