Homepage » MADAGASCAR: $19 million in funding for resilience to climate shocks

MADAGASCAR: $19 million in funding for resilience to climate shocks 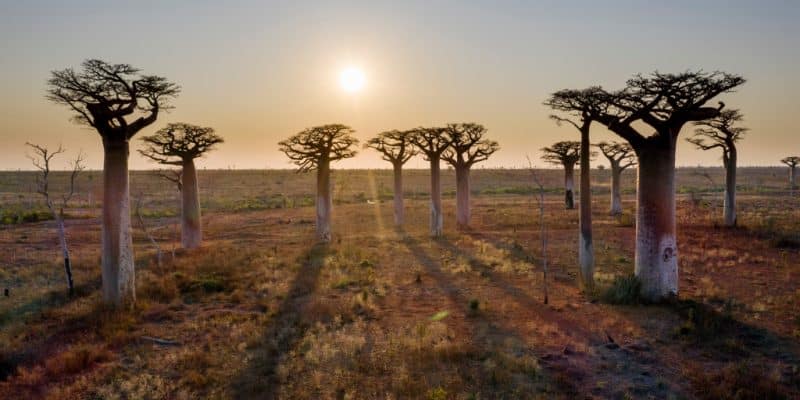 The African Development Bank (AfDB) has approved US$ 19.2 million for Madagascar. This funding, provided through several mechanisms, will contribute to the resilience to climate shocks experienced by the island.

Madagascar is getting support from the African Development Bank (AfDB) to cope with climate shocks. The pan-African financial institution based in Abidjan, Ivory Coast, has just signed a US$ 19.2 million cheque for the island. This funding is provided by the Transition Support Facility (US$ 13 million), an AfDB mechanism that supports fragile states. At least US$ 4.7 million is being allocated under the African Disaster Risk Financing (ADRiFi) programme.

The initiative, established by the AfDB with contributions from the UK and Switzerland, aims to build resilience and response to climate shocks by improving disaster risk management and adaptation to climate change. ADRiFi is making its second contribution to the financing of the sovereign insurance premium against droughts and tropical cyclones in Madagascar. The first contribution (USD 2 million) was made in 2020 in partnership with the African Risk Capacity (ARC).

The recent funding to Madagascar will be in addition to a $1.5 million cheque from the State of Madagascar. The aim is to strengthen resilience and response to climate shocks by improving disaster risk management and adaptation to climate change. This development objective will be achieved through strengthening the financial resilience of the Malagasy government to climate hazards, as well as improving food security and social resilience of vulnerable populations impacted by climate hazards in the South and Southeast of this East African country.

The Malagasy authorities plan to rehabilitate classrooms in at least 50 schools in 10 districts of the Atsinanana, Atsimo Atsinanana, Vatovavy and Fitovinany regions. The AfDB funding will also allow for the construction of three multi-use community shelters in the communes of Antananarivo, Taomasina and Fenerive-Est, with a view to securing people and agricultural production in the event of a disaster.

In addition, two storage warehouses will be built in the districts of Bekily and Ambosoary in southern Madagascar. These facilities will serve as community granaries for the local population, to facilitate the availability of seeds in case of need. “The funding will also enable the purchase and distribution of food to vulnerable populations. At least 64,000 households (270,000 people, 50% of whom are women) will receive food packs, food rations for children under five and pregnant and lactating women, in order to rehabilitate the nutritional situation in at-risk localities and improve the food balance of 14,000 households,” the AfDB promises.

Due to its geographical position in the Indian Ocean, Madagascar is very vulnerable to climatic shocks. During the recent 2021-2022 cyclone season, the country was hit by six storms and tropical cyclones in the space of a month. At the same time, the south of the island has been hit by drought, which is destroying crops and increasing food insecurity. This is a delicate situation given that agriculture represents 30% of Madagascar’s gross domestic product (GDP), according to the International Fund for Agricultural Development (IFAD).