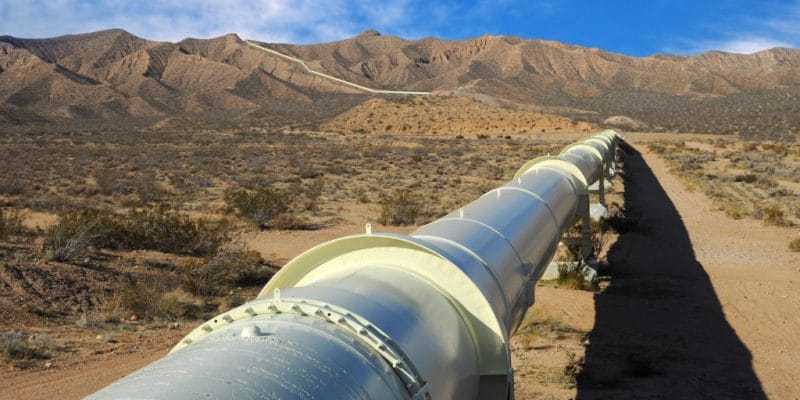 The United Nations (UN) and other international organisations involved in the stabilisation process in Libya are calling for the protection of drinking water production and distribution facilities. The call comes as the authorities watch helplessly as drinking water facilities, including Libya's Great Man Made River, are vandalised.

A major problem is threatening the water supply in Libya. It is the vandalism of the facilities, which has taken on a worrying scale in recent days. The most recent attack occurred on the Hassawna system which supplies water to the towns of Bani Walid, Misrata, Al-Khums, Zliten and surrounding areas. It is part of Libya’s Great Man Made River, the result of a pharaonic project initiated by former Libyan President Muammar Gaddafi.

It was reported that a main station of the man-made river at the eastern track of #Hassawna system was vandalized on Thursday, affecting the water supply to four main cities, #BaniWalid, #Misrata, #AlKhums, #Zliten and other surrounding areas. pic.twitter.com/hWiIi2cC2u

This project, which is now at a standstill, was considered the most important water supply project in the world. The aim of the Libyan authorities was to exploit the Sahara aquifer. This aquifer is made up of four large basins of fresh water trapped under the Sahara desert for 38,000, 14,000 and 7,000 years; and discovered during an oil exploration in 1953. Muammar Gaddafi, who was in power at the time, began exploiting this immense freshwater reserve, estimated at more than 30,000 km3, in the 1960s, with work in several phases.

The first phase allowed the creation of the Tazerbo pumping field, which consists of production wells and piezometric observation wells, supplying about one million m3 of water per day. Only 98 of the 108 production wells in the Tazerbo field were in use in 1991, the rest being in reserve.

The fall of the project

The second phase of the Sahara Acquifer Megaproject brought one million m3 per day from the Fezzan region in the south-west to the fertile Jeffara plain in the north-west, on the western coastal belt, and supplied the capital Tripoli. The system starts from a borehole field in Sarir Qattusah, consisting of 127 wells distributed along three collector pipes, and feeds a terminal reservoir in Souk El Ahad, with a capacity of 28 million m3.

To accelerate the implementation of this mega-project, the Libyan government decided early on to build a pipeline manufacturing plant in Brega, in the Gulf of Sirte. The aim of the third phase, launched in the early 2000s, was to supply water to the city of Tobruk from a new well field at Al Jaghboub. This involved the construction of a reservoir south of Tobruk and the laying of an additional 500 km of pipeline.

The last two phases of the mega-project also included the extension of the distribution network and the construction of a pipeline from the Ajdabiya reservoir to Tobruk, as well as the connection of the eastern and western systems into a single network in Sirte. The last two phases of the project were to allow for the development of agriculture in the desert. Muammar Gaddafi estimated that the water from the large artificial river would restore 155,000 hectares of agricultural land, making “the desert as green as the country’s flag”.

The consequence of the Libyan crisis

But on July 22nd, 2011, North Atlantic Treaty Organisation (NATO) planes bombed the Brega pipeline production plant. NATO said the building had been used as a military warehouse and that rockets had been fired from there by pro-Gaddafi troops. The Libyan crisis has put a lasting halt to this development project, which was supposed to enable the North African country to become self-sufficient in water, while remaining safe from the water stress that is currently affecting several countries in the sub-region.

In the past two weeks alone, one of the wells of Al-Hasawna, Al-Juffra Water System in the western and southern field was destroyed and totally put out of service. The well has high daily production capacity of over 5000 cubic meters of water.

The insecurity that has shaken Libya since the fall of Gaddafi is at the root of the destruction of the Hassawna system, which supplies 60% of the water consumed in the whole country. According to the UN, over the past two weeks, one of the wells in the Al-Hassawna water supply system, Al-Juffra, which has a pumping station with a daily production capacity of more than 5,000 cubic metres, has been destroyed and put out of service.

Water shortage in the middle of a heat wave

This situation comes at a time when North Africa and several regions of the world are facing a heat wave, which scientists attribute to climate change. The mercury approached 50°C in mid-July 2021 in some parts of Morocco. And the heat wave is moving eastwards, causing fires in countries relatively close to Libya, including Greece and Turkey.

The vandalisation of the Great Man-Made River also comes against the backdrop of a health crisis caused by Covid-19, where one of the barriers is frequent hand washing. This will undoubtedly have an impact on the health of Libyans.