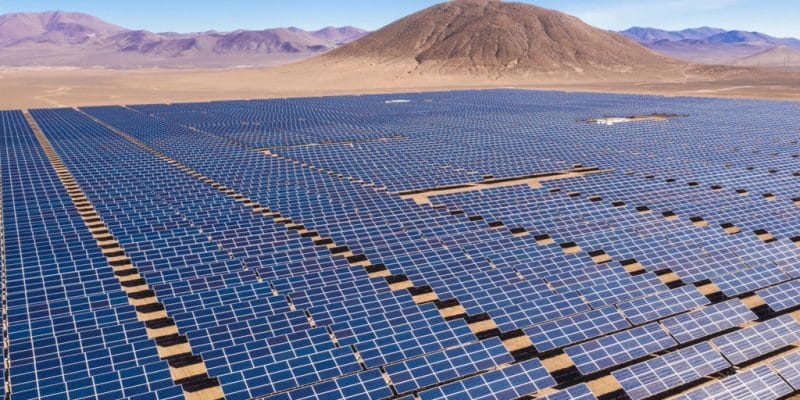 The Libyan government recently launched the construction of a solar photovoltaic power plant in the town of Kufra in south-eastern Libya. The plant will have a 100 MWp capacity.

A photovoltaic solar power plant is under construction in Kufra, Libya. The Prime Minister of the Eastern Government Abdullah Thinni recently laid the foundation stone for the construction of the facility which will occupy an area of 200 hectares. The solar power plant will have a capacity of 100 MWp. Its construction has been entrusted to a Chinese company.

It will reinforce the electricity network of the city of Kufra, which is currently supplied by a thermal power plant consisting of 3 units of 25 MW each. The power plant has been out of service for several months due to a fuel supply problem following the unrest in this North African country. Two of the three units of the thermal power plant have recently been rehabilitated.

The solar power plant that is being built in the town of Kufra should help to secure the electricity supply for its population. According to our colleagues in the Libya Herald, the solar project is in line with the 2030 vision of the General Authority for Electricity and Renewable Energy, based in the East, which aims to exploit alternative and clean energies, particularly solar and wind power.

In Libya, the United Nations Development Programme (UNDP) is also running renewable energy projects. This branch of the United Nations Organisation (UN) has also recently carried out a solar-powered public lighting project in the city of Benghazi as part of its Stabilisation Facility for Libya (SFL). The project involves the installation of 70 solar-powered street lights, 20 of which are located at the airport entrance and the southern entrance to Benghazi.

UNDP has also financed the construction of solar-powered mini-grids to supply electricity to 15 hospitals in the cities of Benghazi, Sebha, Tripoli, Zintan, Ubari and Rajban. The uninterrupted supply of electricity to these health centres is necessary as they are hosting a significant number of casualties from the fighting between the Government of National Unity (GNA, based in Tripoli) and the Libyan National Army led by General Khalifa Haftar.