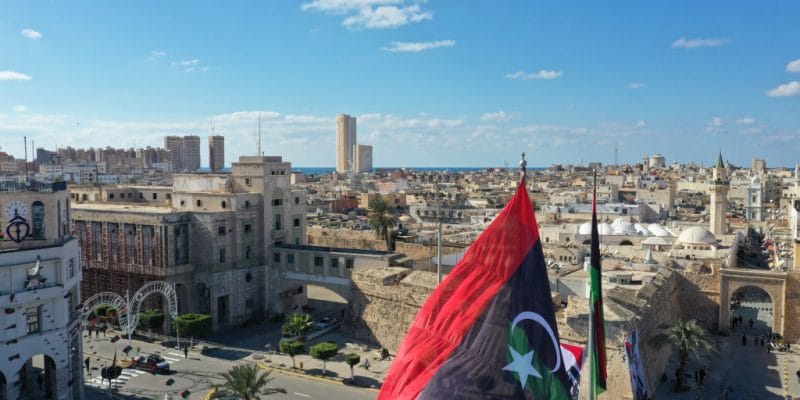 The French oil company TotalEnergies has signed agreements with the Libyan authorities to develop its oil extraction activities and especially investment in solar photovoltaic energy. Through its dedicated subsidiary, the multinational will build 500 MW of solar power plants in Libya.

Libya could catch up in solar energy production thanks to TotalEnergies. During the Libya Energy & Economy Summit, TotalEnergies signed various agreements with the Libyan authorities to develop the country’s natural resources, including solar energy. The Group is committed to investing in the construction of new solar power plants with a capacity of 500 MW. This is a significant power for Libya, which currently suffers from an electricity deficit estimated at nearly 2,800 MW.

The French multinational has a subsidiary specialized in the production of renewable energies. Total Eren multiplies projects in Africa these last years. Most recently, the company signed an agreement with the British developer Chariot to supply renewable energy to operators in the mining sector in Africa. In Libya, Total’s investments will enable the country’s solar potential, estimated at 140,000 TWh per year, to be developed.

The project will also help diversify the North African country’s electricity mix. Currently, Libya has an installed capacity of 5,000 MW, almost exclusively from fossil-fired power plants. The current authorities want to reduce the electricity sector’s dependence on oil, with the ambition of increasing the share of renewable energy in the electricity mix to 22% by 2030.

This goal is far from being achieved for the moment. For the time being, the authorities want to increase electricity imports from neighbouring Egypt, which is building renewable energy plants in spades. The two countries will finance the construction of a new power line to increase the electricity exchange capacity from the current 450 MW to 1,000 MW in the coming years. At the same time, the General Electricity Company of Libya (GECOL) is expected to invest in the reconstruction of its network damaged by the civil war that has shaken this North African country since the fall of former president Muammar Gaddafi in 2011.