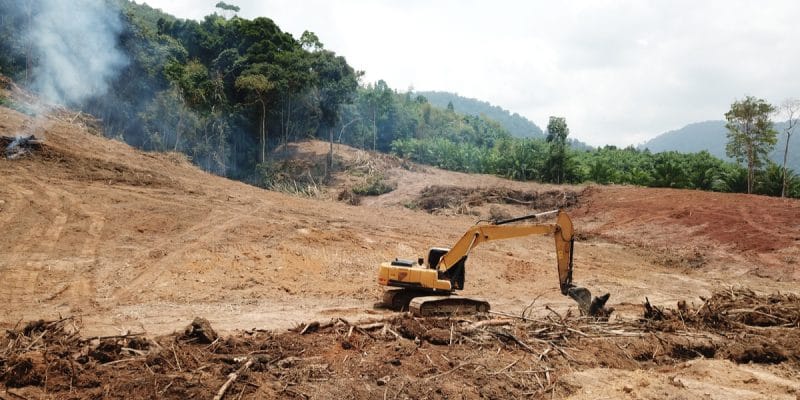 An ecological oil palm cultivation programme is being developed in West Africa. The project, led by the NGO Solidaridad Liberia and the Dutch Embassy in Monrovia, aims to promote sustainable intensification and climate-friendly oil palm chain production.

With nearly 220,000 employees in the palm oil sector, and the 2018 agreement that grants several land concessions to palm oil producers such as Equatorial Oil Palm, Sime Darby or Golden Veroleum, the expansion of oil palm plantations is remarkable in Liberia. Palm oil has thus become the country’s main export product, ahead of iron. However, this expansion of palm oil production in Liberia is not without consequences for nature.

According to environmental activist Alfred Brownell, the development of palm oil production encroaches on community forests, and contributes to the displacement of farmers, without offering them a viable alternative. Winner of the 2019 Goldman Prize for the Environment, the ecologist had led a series of actions, contributing to the protection of nearly 200,000 hectares of forests to be converted into palm groves by foreign companies.

For other environmental protection actors, however, the approach has been rather flexible. One such example is Solidaridad Liberia, an NGO founded in 1969 to facilitate the development of socially responsible, environmentally friendly and profitable supply chains.

Solidaridad Liberia and the Netherlands Embassy in Monrovia have launched several projects, including SWAPP, the Sustainable Oil Palm Programme in West Africa. It aims to achieve sustainable intensification and growth of the oil palm value chain while respecting the climate. Facilitating access to finance and improving the livelihoods of Liberia’s smallholder farmers are also among the objectives of SWAPP.

This means that the way oil palm is produced in Liberia will undergo a systemic change, in order to encourage increased productivity without expansion in the forests. The project will bring together various stakeholders around a common vision and action plan, as well as a national strategy on oil palm. It will support the Liberian government to strengthen its support to farmers and reform laws, policies and enforcement systems.

For its part, the government is taking the issue of land grabbing to heart. In addition, concerns about deforestation in concession areas have been seriously reduced. “Of the 873,143 hectares of gross concessions, only 15,021 hectares have been planted since 2010,” said Ronald Cumberbatch, head of the Good Growth Partnership “Taking Deforestation out of Commodity Supply Chains”, a project to combat deforestation in the palm oil production chain, launched in June 2018 by Liberia’s Ministry of Agriculture and the United Nations Development Programme (UNDP).