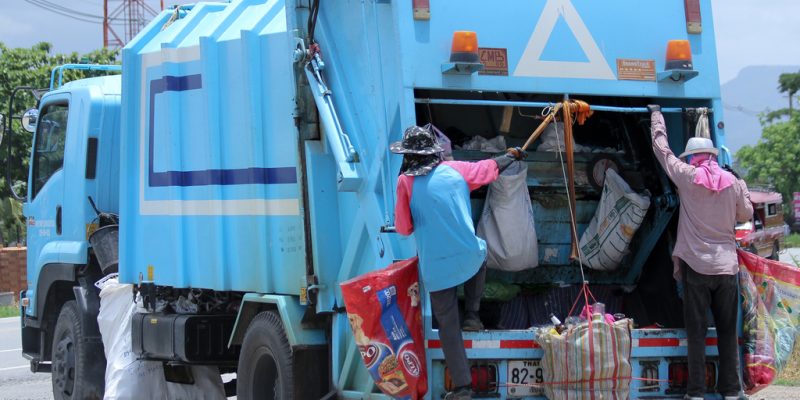 The cities of Paynesville and Monrovia have recently received new waste collection trucks. The European Union financed them with the support of the World Bank.

Waste collection may be improved in the municipalities of Monrovia and Paynesville, two neighbouring cities that are home to a large proportion of Liberia’s population. They have just reviewed 13 new waste collection trucks. The vehicles were financed by the European Union.

These 13 trucks will be used in Monrovia by Monrovia City Corporation (MCC) and in Paynesville by Paynesville City Corporation (PCC). These two small companies are committed to adding value to the waste collected in both cities. “I would like to see them use the European Union’s additional support for recycling and composting initiatives in the cities of Paynesville and Monrovia (…). I very much hope that we can report to the European citizens that their support has been fruitful and sustainable,” said Theodorus Kaspers, Head of Cooperation of the European Union Delegation to Liberia.

In both cities, MCC and PCC have undertaken to improve their waste management systems and, above all, to increase recovery revenues. They also rely on many community businesses that collect waste in some areas of Monrovia and Paynesville.

The European Union as a regular partner

MCC and PCC have launched a pilot project to change the waste collection strategy in 10 districts. Both companies are currently carrying out house numbering to facilitate collection. This means that the new vehicles will support their efforts in waste collection and recovery in Monrovia and Paynesville. This is not the first time that the European Union has supported the waste sector in Liberia.

Of the $60 million allocated by the European Union for the reconstruction of the country after the civil war (1999-2003), a large part “has been used by the World Bank to build roads and infrastructure for waste management, including the Whein Town landfill and the planned landfill in Cheesemanburg” explains Theodorus Kaspers.