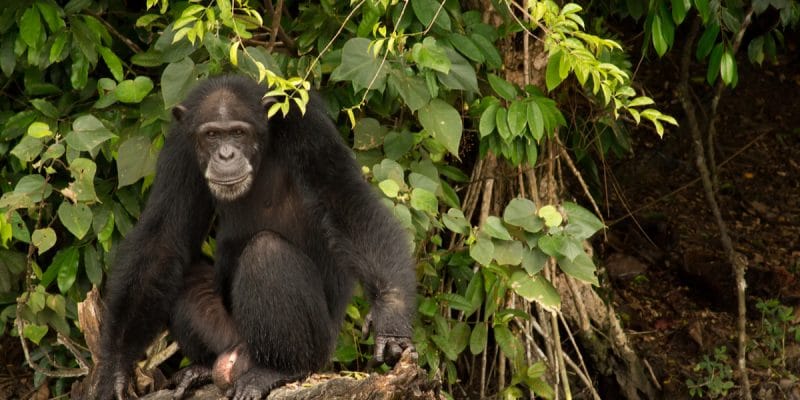 A team of American researchers has determined what western chimpanzees in Liberia need to thrive. The study, published on May 6th, 2021, reveals that the most important factor in protecting Liberia's chimpanzees is simply to give them space - a radius of one to three kilometres of virgin forest. This is one way to preserve the western chimpanzee, a species whose global population has declined by more than 80% since 1990.

Liberia is one of the last strongholds of the western chimpanzee. The West African country is home to the second largest population of western chimpanzees, estimated at 7,000 individuals according to recent studies. To preserve this species, whose global population has declined by more than 80% since 1990, a team of American researchers went to Liberia. Using wildlife surveys and detailed maps of Liberia’s ecosystems recently developed by Conservation International and the U.S. Space Agency (Nasa), the researchers determined the areas where chimpanzees are most likely to live and identified the conditions necessary for them to thrive.

The study found that the most important factor in protecting western chimpanzees is simply to give them space. That is, ensuring that their habitats are surrounded by 1-3 kilometres of intact forest. In addition, researchers have discovered that in addition to virgin forest, western chimpanzees prefer rugged areas, especially those at high altitude. For Miroslav Honzak, a Conservation International scientist and co-author of the study, it is clear that forests are crucial to providing habitat for chimpanzees, as well as food, fresh water and jobs for local communities in Liberia.

Liberia wants to conserve 30% of its remaining forests

The chimpanzee study in Liberia comes as part of Arizona State University’s (ASU) partnership with Conservation International, launched in 2018 to actively engage ASU faculty in collaborative conservation research and education around the world. The mission to Liberia was funded in part by a grant from the US-based National Science Foundation (NSF).

Studying a species such as the western chimpanzee, which was recently reclassified as Critically Endangered by the International Union for Conservation of Nature (IUCN), will help Liberia make national decisions about conserving its biodiversity. A 2012 signatory to the Gaborone Declaration for Sustainability in Africa, Liberia has committed to conserving 30% of its remaining forests (approximately 1.5 million hectares) and supporting ongoing conservation projects in the country. Through this goal, the country could establish networks of protected forest areas, conservation corridors linking chimpanzee habitats.