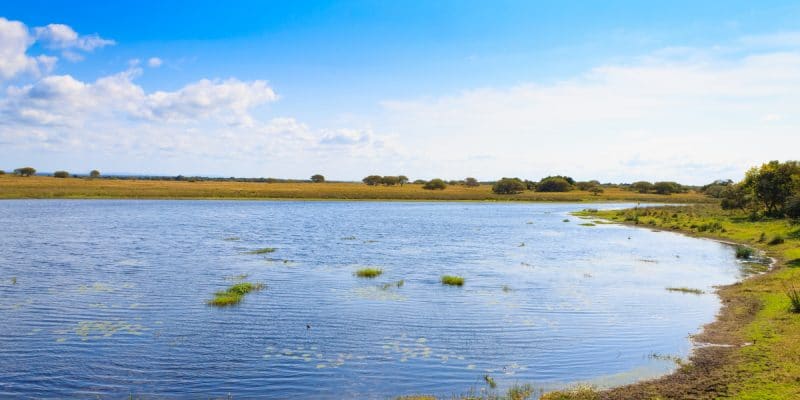 Urbanization threatens Liberia's wetlands. In the Kpatawee wetlands in central Liberia, illegally built houses are a threat to various species of plants and wildlife that inhabit the Ramsar site. To protect the site, the Environmental Protection Agency of Liberia (EPA) will raze all illegal structures that have been erected there.

Clearance operations are expected to begin soon in Kaptawee, Bong County, central Liberia. Officials from the Liberia Environmental Protection Agency (EPA) were in the community on February 2, 2022, to celebrate World Wetlands Day, and announced plans to demolish houses built around the Kpatawee wetlands without EPA approval.

“It is important that Liberians conserve and use wetlands wisely, as our country is a signatory member of the Ramsar Convention on Wetlands. Therefore, all structures erected in the Kpatawee wetlands without EPA’s permission will be demolished,” said Wilson K. Tarpeh, EPA’s executive director.

Following numerous complaints of illegal logging, poaching and illegal occupation of plots in the Kpatawee wetlands, the EPA conducted a situation assessment study there. One of the findings of the report indicated that the Kpatawee Waterfall, the main tourist attraction in the area, continues to be degraded, resulting in a gradual decline in its ecological integrity, particularly its importance in the watershed from which it originated.

In addition to demolishing illegally built houses in the area, which is one of Liberia’s five Ramsar sites, the EPA has partnered with Jalk Enterprise. This nature conservation company will work with local people to protect the Kpatawee waterfall through a series of activities such as awareness raising, helping to maintain the forest canopy, promoting ecotourism, etc.

Present in Glasgow, UK at COP26, Liberian President George Weah referred to Liberia’s forests and wetlands as the “third lung” of the world. Wetlands serve as a major natural infrastructure for carbon sequestration and as breeding grounds for fish and natural filtration for groundwater. They also help prevent flooding and coastal erosion by acting as a giant sponge that absorbs water.