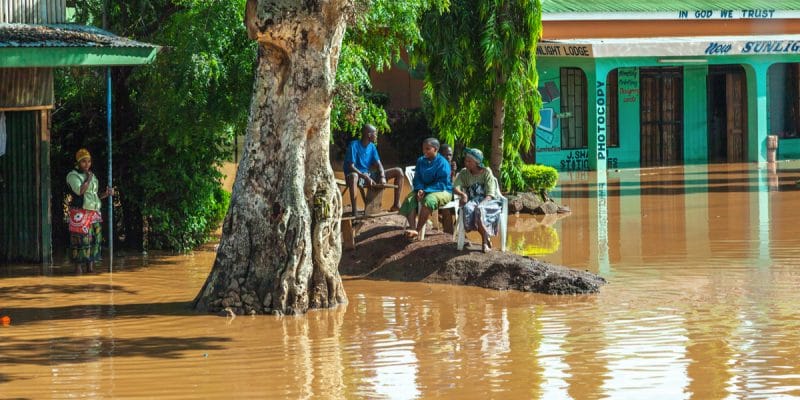 The Liberian Environmental Protection Agency (EPA) has recently taken a series of measures to contain the consequences of the heavy rainfall that will occur during the 2019 rainy season. EPA experts warn that, if nothing is done, severe flooding could occur.

In Liberia, residential houses built in swampy areas will all be demolished. This is one of the measures recommended by the Environmental Protection Agency (EPA) to prevent flooding. The fact is that the phenomenon is expected to be massive this year, according to the agency. “You know very well that we are approaching the rainy season. It started four nights ago, and we point out that if nothing is done to solve some of the problems, there could be flooding around the city and displacement of citizens,” Nathaniel Blamah, EPA’s executive director, told a press conference in Monrovia on Saturday, May 4, 2019.

The EPA Director General calls on people to stop building in wetlands. In particular, those in the Old Road, Doe Community or Chocolate City neighbourhoods. He points out that, not everyone can afford to build in swampy areas, because the technology required is expensive. “When we warn you and you refuse to listen, your house is destroyed, even if you take us to court. The law applies to all Liberians, and we will not allow you to violate our laws,” Blamah warns.

In addition, EPA technicians are already working with the Department of Works to identify risk areas where a clean-up process will be initiated. The work, with the partition of populations, will involve cleaning up rivers, drains and other elements that cause flooding.

Liberian authorities fear a replication of the 2008 situation

When it comes to flooding on the continent, the capital of Liberia, Bangui (the capital of CAR) and Mbuji-Mayi (in the Democratic Republic of Congo) are the three cities most threatened by the risk of flooding. During the rainy season, which extends from May to October, Monrovia sometimes records up to 5 metres of rain per year, with a maximum in June and July. A precipitation spike that is not without damage. As of July 2008, the floods had affected more than 20,000 people and displaced at least 800 people in about 10 districts of the capital.

For Lawrence Bropleh, then Liberian Minister of Information, global warming is at the root of the rapid and severe flooding in Monrovia. “Year after year, the Liberian climate is changing. It rained continuously from Sunday to Saturday and this is something unusual. This is where the rapid floods that took people by surprise came from,” he said.

Poor urban planning and massive encroachment on swampy land and watercourses are, of course, also responsible for this situation. The population of Monrovia has grown rapidly in recent years as a result of the rural exodus. Greater Monrovia is now home to nearly half of the country’s nearly three million inhabitants. And many of them have built low houses that are easily submerged by floodwaters.