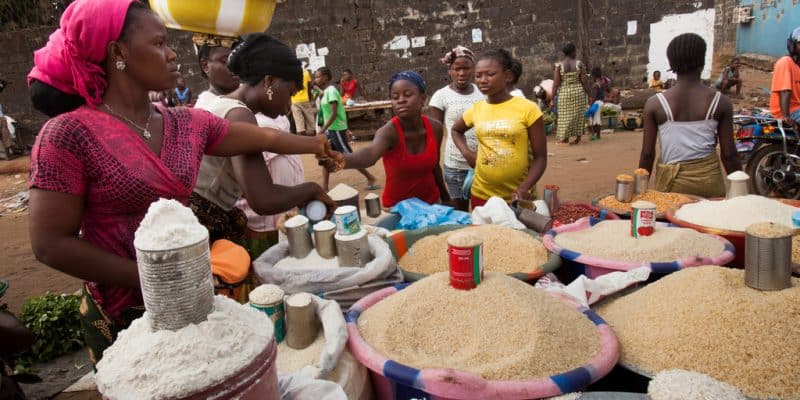 In response to global warming, Liberia is launching its Emergency Food Production Programme to increase agricultural productivity. The two-year initiative will be funded with $5.12 million from the African Development Bank (AfDB).

With half of its population facing food insecurity, Liberia will benefit from US$5.12 million in funding to boost agricultural productivity so far affected by the weather and the war in Ukraine. The funds allocated by the African Development Bank (AfDB) will be used to implement the food production programme in Liberia between 2022 and 2024.

The programme, funded under the AfDB’s African Emergency Food Production Facility (AEFPF), will enable the West African country’s government to facilitate access to improved seeds and fertilizers for local farmers for sustainable development nationwide. “With healthy Liberians perhaps the greatest asset the country has, there is no more urgent priority than addressing food insecurity to meet the caloric and nutritional needs of Liberians and protect their human development through climate-friendly agriculture,” says Benedict Kanu, AfDB Country Director in Liberia.

In this West African country, agriculture accounts for 26% of gross domestic product (GDP), with rubber, rice, cassava, bananas and palm oil as the main crops. However, the spectacular floods of 2008 and the Ebola epidemic in 2014 have worsened the conditions of this sector, which was already plagued by insufficient road infrastructure and food storage capacity.

In this context, the AfDB approved a $10 million grant in February 2022 to improve Liberia’s climate information systems. This funding from the Green Climate Fund (GCF) will enable the Liberia Environmental Protection Agency (EPA) to install a weather radar at Roberts International Airport, near the capital Monrovia. According to the government agency, the future facility will directly benefit an estimated 2.3 million farmers and coastal residents, who are the most affected by weather events.