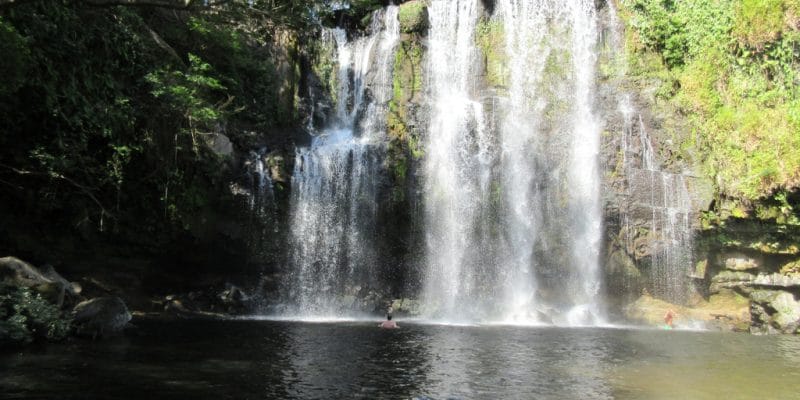 An agreement has recently been signed between the African Development Bank (AfDB) Group and the Government of Liberia to finance the Gbedin Hydroelectric Project on the St John River in Nimba County in the east of the country.

Liberia will receive US$33.74 million from the African Development Bank (AfDB). An agreement approving the loan was recently signed in Monrovia between Liberian Finance Minister Samuel D. Tweah and Orison M. Amu, the AfDB’s Country Director for Liberia. The funds are intended to support investment promotion agencies in Liberia and in particular a hydropower project at Gbedin Falls on the St. John River in the east of the country.

The hydropower project is intended to electrify the people of eastern Liberia, near the border with Ivory Coast. It is being developed in the Sanniquellie-Mahn district which is part of Nimba County. The project involves the construction of a “small water reservoir” at the top of the Gbedin Falls. The dam reservoir will occupy an area of 22 hectares. A 100 m-long penstock will descend the falls to reach a hydroelectric power plant equipped with turbines capable of generating 9.34 MW.

Disposal of the electricity generated at the Gbedin power station will require a transmission line. With a capacity of 33 kV, the line will run from the substation of the power plant to connect to the cross-border grid. According to the AfDB, the connection point will be close to the town of Kitoma, along the main Ganta-Sanniquellie road, with a total length of 7.8 km.

The construction of the Gbedin mini-hydroelectric plant is part of the Renewable Energy for Electrification of Liberia (REEL) Project. Funded by the AfDB, its aim is to electrify the country through renewable energy. REEL is also financed by the Climate Investment Fund (CIF). In June 2017, the CIF awarded a grant of US$ 23.25 million to Liberia for the implementation of the Gbedin Falls mini hydropower project.