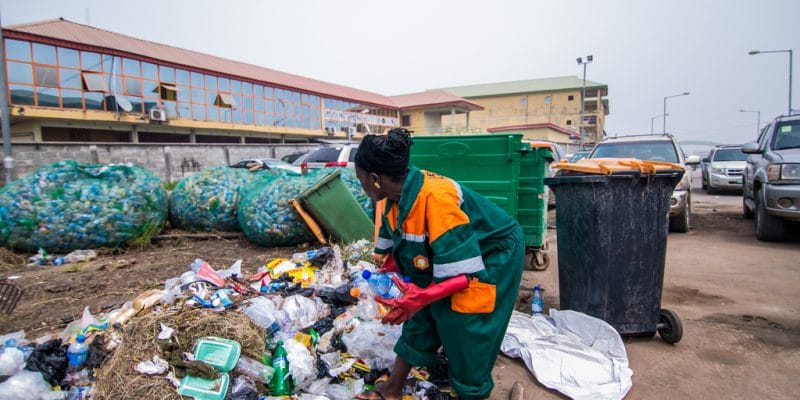 The Kenyan branch of the World Wide Fund for Nature (WWF-Kenya) has partnered with Mr. Green Africa to recycle plastic waste in the coastal region of Kenya. This plastic waste pollutes the region's rivers and streams and ends up in the Indian Ocean.

In Kenya, Mr. Green Africa is forging a new alliance in his area of expertise, namely plastic waste recycling. His new partner is none other than WWF-Kenya, the local branch of the World Wide Fund for Nature (WWF). The collaboration between the two partners will focus exclusively on the coastal region of Kenya, with Mombasa, its large urban area.

On the spot, WWF-Kenya and Mr. Green Africa want to promote the recycling of plastic waste, which very often ends up in rivers and pollutes the Indian Ocean downstream. The partnership, which is part of WWF-Kenya’s “DMDP Waste to Value Project”, also aims to “entrench a culture of responsible business conduct and sustainable practices, supported by the community and local authorities among entrepreneurs”, says Mr. Green Africa.

This initiative is funded by the Danish International Development Agency (Danida). In Kenya, it contributes to the eradication of plastic pollution caused by the country’s rapid urbanisation and economic growth. “Mr. Green Africa complements WWF-Kenya by providing much-needed knowledge, networks and expertise in the plastics recycling value chain in the coastal region, where we have been working for 20 years,” says Mohamed Awer, Director General of WWF-Kenya.

He believes that working with a recycling professional should improve the livelihoods of workers in the plastics recycling sector while reducing marine pollution. Mr. Green Africa, which employs 100 people in Kenya, is multiplying partnerships for the circular economy around plastics. The company’s clients include the Dutch-British food multinational Unilever. Recently, the recycling company founded in 2014 has strengthened its partnership with Dow, one of the world’s largest suppliers of plastic packaging solutions based in Midland, Michigan (United States of America).