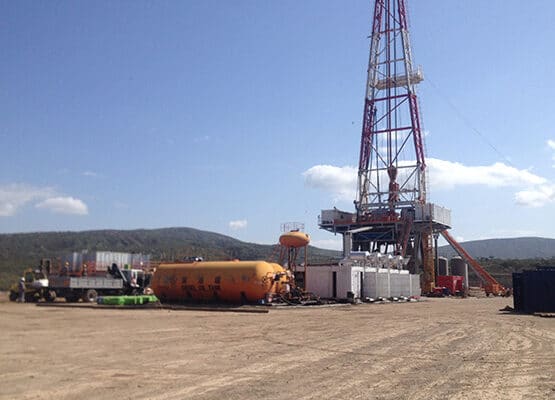 Drilling will soon resume at the Akiira geothermal site in the Rift Valley, western Kenya. The local population has given the green light to its owner, Akiira Geothermal Company, to continue work. The concession is operated by a consortium of Centum Investments Company, Marine Power Generation, DI Frontier Energy Carbon Fund and Ram Energy.

Akiira Geothermal Company has the green light from local people to continue geothermal drilling in western Kenya. The ad hoc geothermal energy company in western Kenya has reached an agreement with local residents after months of blockades. Local communities, particularly those in Kedong and Lapland in Naivasha, were concerned about the environmental impacts of geothermal installations.

Also, some of the people were demanding payment of their travel allowances. To gain the support of the protesters, Akiira Geothermal Company organised a consultative meeting at which the environmental audit report of the project was presented. The independent power producer (IPP) also plans to invest in social issues through the construction of water points and support for the education of young people in the surrounding communities.

With this problem solved, Akiira Geothermal Company should focus on mobilising funding for the development of its clean energy project. At the height of the crisis with local people, IPP lost the support of the European Investment Bank (EIB). The European Union (EU) development finance institution decided in October 2019 to cancel its 19.5 billion Kenyan shillings ($190 million) loan for the implementation of the project.

Officially, the EIB justified the cancellation of its funding by the lack of progress in Akiira Geothermal Company’s expansion activities. Preliminary explorations for the first phase of the project were not successful, despite the drilling of two geothermal wells. However, the company soon launched new exploratory drilling at the project site.

For the record, Akiira Geothermal Company is owned by Centum Investments Company, Marine Power Generation, DI Frontier Energy Carbon Fund (a Danish energy fund) and Ram Energy. Its objective is to produce 140 MWe of electricity by exploiting the heat of the Rift Valley’s subsoil. This project will be carried out in several phases, the first of which will allow the construction of a 70 MWe steam power plant.