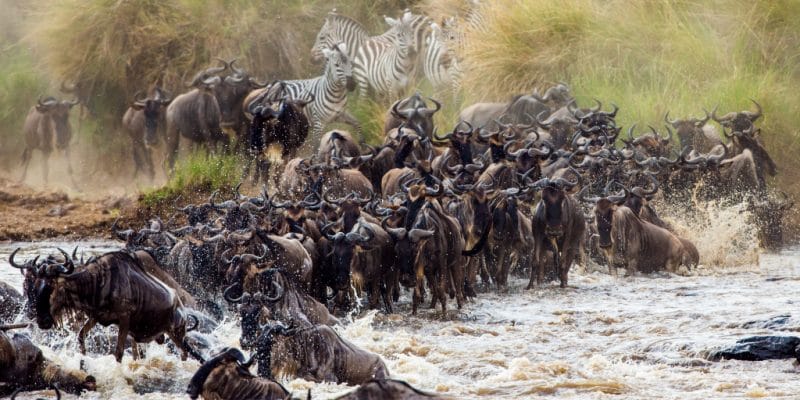 TikTok, the Chinese video-sharing and social networking platform, is partnering with several local actors to raise awareness about saving Kenya's rich biodiversity. The app, popular with young people, will broadcast the next great wildebeest migration live.

TikTok is one of the trends of the moment. Popular with young people, the short video sharing app is a sensation in Africa and around the world. The platform wants to use its popularity for biodiversity conservation in Kenya. This is the aim of a partnership recently signed with the Kenya Tourism Board (KTB), the International Fund for Animal Welfare (Ifaw) and the non-governmental organisation (NGO) Conservation International.

The collaboration with TikTok focuses on the Great Migration season in Kenya. This is a time of year when millions of wildebeest, zebra and gazelle move across the grassy plains of East Africa in search of food and water as the seasons change. The Great Migration has no fixed schedule.

According to Rhino Africa Safaris, the annual rains in the Serengeti begin between January and February, allowing female wildebeest to give birth to their young. In March or April, the area becomes dry and desert-like again and the huge herds of animals are forced to move north to Lake Victoria, where the mating season begins. After this phase, around June or July, these herbivores head for the Masai Mara National Reserve.

During this period, the TikTok platform will be broadcasting live, via its LIVE feature. “Through TikTok’s LIVE feature, we hope to bring this global phenomenon closer to everyone on the planet, connecting people who share a passion for wildlife, nature and conservation,” says Boniswa Sidwaba, TikTok’s head of content operations for Africa.

At the same time, the social network created by Chinese technology company ByteDance will broadcast educational videos about the great herbivore migration and the Maasai community. The content will be developed by wildlife photographer Jeffrey Wu. Experts from renowned local organisations, including the African Wildlife Foundation, the Maasai Mara National Reserve, will join the sessions to inform tiktokers about the Maasai Mara ecosystem, the impact and importance of ecotourism in preserving the environment, and the impact of Covid-19, among others.