Homepage » KENYA: Will Majik Water win the 2019 prize from Royal Academy of Engineering?

KENYA: Will Majik Water win the 2019 prize from Royal Academy of Engineering? 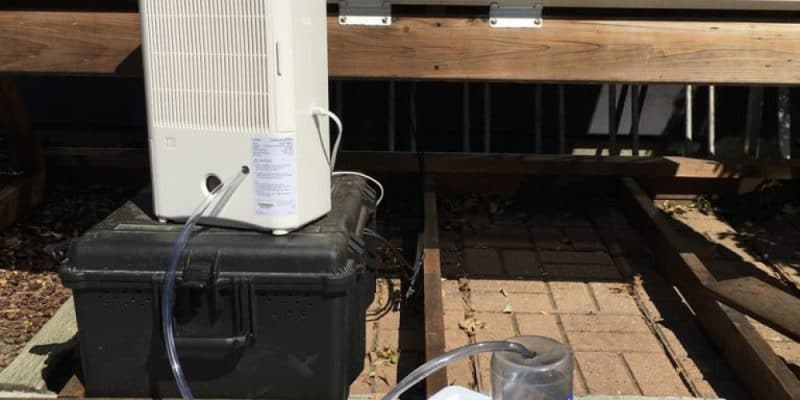 The Kenyan innovation Majik Water, as part of the 2019 edition of the Royal Academy of Engineering Prize for Africa, is receiving strong media coverage even before the results are announced. Majik Water is a device, powered by solar energy, which allows moisture in the air to be transformed into drinking water at low cost.

The six months of mentoring planned for the 2019 Royal Academy of Engineering Award for Africa is expected to end in January 2019. During the event, several media seem to have given in to the charm of one of the 16 projects in competition; that of Majik Water.

In the space of a month, more than 10 online news sites, including BBC News, The Guardian, GEO.fr and Le Monde de l’Énergie, have published on the life-saving nature of the Majik Water project.

The project which was developed in Kenya and which had already won the first prize in the EDF Pulse Africa competition in 2017 is a system powered by solar panels that captures humidity from the air, condenses it, filters the water and transforms it into drinking water. Its inventor, the young Kenyan Beth Koigi, and her partners (Anastasia Kaschenko, an American scientist and Clare Sewell, a British economist), plan to soon improve the technology from a production capacity of 10 litres of water per day to 100 litres per day, at a cost of less than 1 euro cent per litre.

The solution makes it possible to supply water, including populations living in arid communities. Hence its importance, because according to the United Nations, by 2025, 1.8 billion people will live in fear of chronic water shortages, mainly in Africa and Asia.

27,920 €, for the winner of the Royal Academy of Engineering for Africa

Beth Koigi was therefore among the sixteen candidates selected in July 2018 for the 2019 edition of the Royal Academy of Engineering Prize for Africa. The winner will receive £25,000, or €27,920.

Launched in 2014 by the Royal Academy of Engineering, the English university, this award encourages ambitious and talented engineers from sub-Saharan Africa in all sectors to develop solutions adapted to local challenges, while underlining the importance of engineering as a factor in improving the quality of life and economic development.