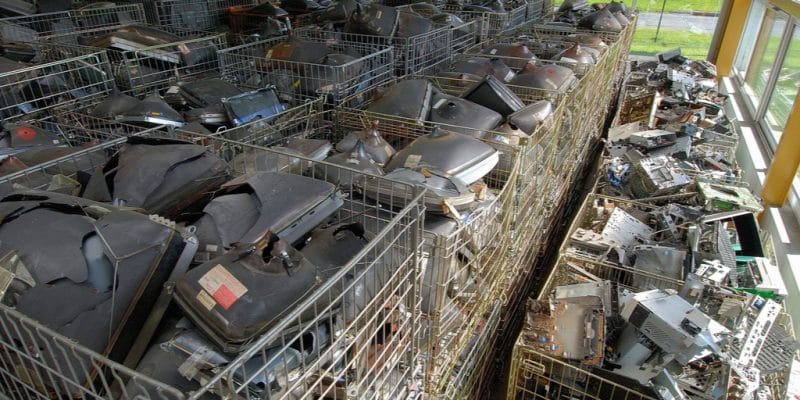 The Kajiado County Government and Taka Ni Mali, in south-western Kenya are launching a campaign for the sustainable management of electronic waste in partnering with Waste Electrical and Electronic Equipment (WEEE) Centre.

The campaign was launched on September 6th, 2021 in Kajiado. The initiative aims to improve the management of e-waste in this county in south-west Kenya. As part of the campaign, people will be sensitised on source separation and responsible disposal of e-waste. These include computers, kettles, chargers, refrigerators, batteries, etc.

Taka Ni Mali are engaging local groups for household collection and Waste Electrical and Electronic Equipment (WEEE) Centre, a companies based in the Kenyan capital Nairobi, will collect the e-waste. A total of 450 people, divided into 15 groups, have been deployed to Kajiado. WEEE Centre specialises in e-waste management and will sort and recycle the waste. The company plan to sell the secondary raw materials from the recycling to industries.

The new initiative aims to reduce e-waste pollution in Kajiado County and Kenya as a whole. In a report published in 2020, the Kenyan Ministry of Environment and Forestry reviews the statistics and recalls that in 2010, e-waste generated in the country already reached 11,000 metric tons per year. The generation of e-waste has been increasing over the years. The campaign will also help to protect the health of people who come into contact with this hazardous waste.

Among the components of e-waste considered hazardous are lead, barium, mercury, nickel, cadmium and lithium, which contaminate water and soil when released into the environment. In its study entitled “Children and e-waste dumps”, published on June 15th, 2021, the World Health Organisation (WHO) found that these substances cause premature births, stillbirths, as well as increased rates of attention deficit/hyperactivity disorder (ADHD), behavioural problems, child mood swings, sensory integration difficulties and lower cognitive and language scores. In addition, there are alterations in lung function, respiratory effects, DNA damage, disturbances in thyroid function and an increased risk of certain chronic diseases later in life, such as cancers and cardiovascular disease.