KENYA: Voltalia and Trina complete the installation of the Kesses solar power plant 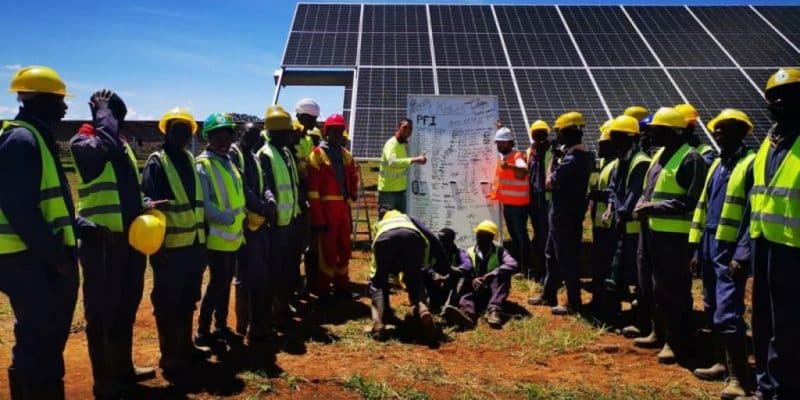 The French company Voltalia and the Chinese company Trina Solar are completing the construction of the Kesses solar photovoltaic power plant in Kenya. The 55.6 MWp project is being developed by the Spanish energy company Alten Energías Renovables.

The construction phase of the Kesses solar photovoltaic power plant is now complete. The announcement was made by the Chinese company Trina Solar, which carried out the construction (EPC) of the plant in partnership with the French company Voltalia. Trina Solar subcontracted the assembly of the Kesses solar power plant to PFI Renewables, a company based in Madrid, Spain.

The solar plant is located in Eldoret, Uasin Gishu County. The solar panels, 103,936 in total, are mounted on 928 single-axis trackers. This device allows the panels to be oriented in the direction of the sun’s rays. The trackers thus increase the productivity of the solar panels. The Kesses solar power plant has a capacity of 55.6 MWp, or an annual capacity of 123,000 MWh.

According to PFI, once operational, the plant will be able to cover the electricity needs of at least 245,000 Kenyan households while diversifying the East African country’s electricity mix. Financing for the Kesses solar plant was completed in early 2022 with the participation of Standard Bank and the Emerging Africa Infrastructure Fund (EAIF), a financing facility of the Private Infrastructure Development Group (PIDG).

The Kesses solar farm is covered by a power purchase agreement (PPA) which stipulates that Alten will sell all the electricity produced to the state-owned Kenya Power Corporation (KPLC). The solar plant will therefore be connected to a pre-existing 230 kV transmission line between the Turkwel hydroelectric plant (56 MW) and the Lessos substation. This power line crosses the site of the plant.