Homepage » KENYA-UGANDA: Kases Peace Dam to be commissioned in September 2021 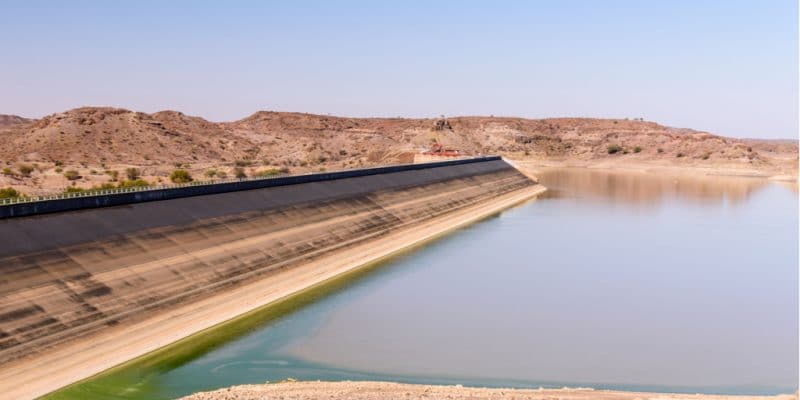 The Central Rift Valley Water Works Development Agency (CRVWWDA) is building a dam at Kases, on the Kenya-Uganda border. The dam will have a storage capacity of 1.2 million m3 and will be commissioned in September 2021.

Construction of the Kases dam on the Kenya-Uganda border is almost complete. According to the authorities of the two countries, the dam will come into operation in September 2021. Called the “peace dam”, the new facility will have a storage capacity of 1.2 million m3. The dam will be used for small-scale irrigation, as well as to provide water for livestock. The facility will benefit over 8,000 people in the communities of Kases, Males and Pcholio in West Pokot County, Kenya.

The water reservoir constructed by the Central Rift Valley Water Works Development Agency (CRVWWDA) consists of a central trench excavation, a dam reservoir, earthen embankment and a spillway. In addition to providing water, the Peace Dam is intended to end resource-related hostilities between three neighbouring communities, and to enhance sustainable development in the region by encouraging non-violent interactions, collaborations and prosperity. “In September 2019, Kenya and Uganda signed an agreement to promote sustainable peace between the communities of Pokot and Turkana in Kenya, and the community of Karamojong in Uganda,” says CRVWWDA.

The CRVWWDA has received 250 million Kenyan shillings ($2.32 million) for the construction of the Kases Peace Dam. The work is being funded by the Kenyan government with support from the African Development Bank (AfDB).

The Kases Peace Dam joins other water reservoirs built for pastoralist communities to consolidate peace initiatives along the Uganda-Kenya border. While these facilities end conflicts, they are far from resilient to the droughts that hit Kenya and Uganda. Between 2014 and 2015, the Kobebe Dam reservoir at Moroto in the Karamoja region of Uganda dried up completely and the structure cracked. The Kobebe reservoir, built in 2010, was serving more than 5 million animals per day with its storage capacity of 2.3 million m3. Faced with the drought, Ugandan President Yoweri Museveni has announced the construction of 20 valley dams in his country in 2019.